HOW MUCH DO YOU LOVE SPRINT CAR RACING?

Interesting topic was brought up this week by Danny Dietrich on twitter in regards to what our local drivers are being paid to win weekly here in Central PA. 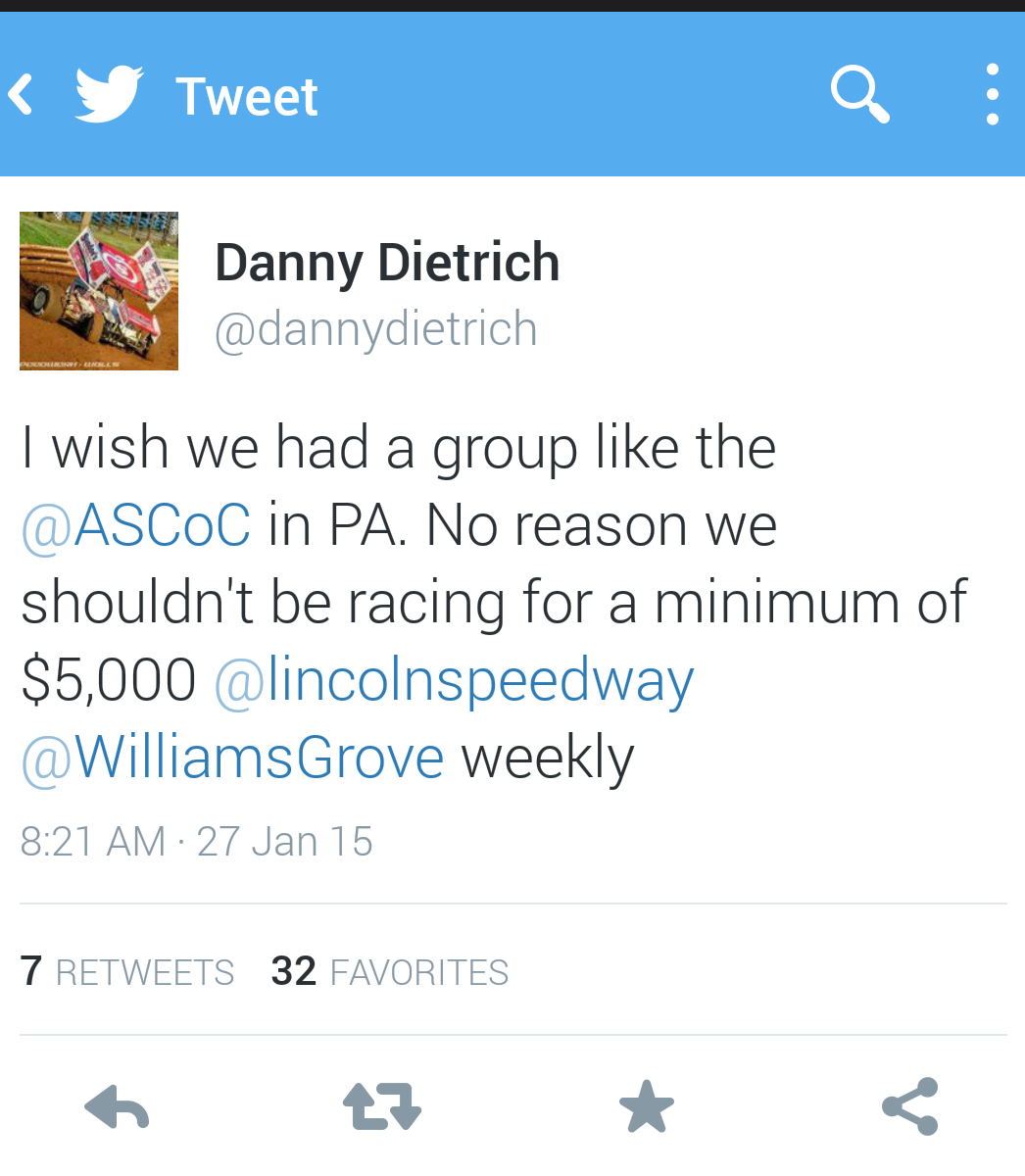 Now I tend to agree with him that ALL our local sprint car divisions deserve to be paid more to win. But the question is how do the tracks get this extra money? No matter how much money we think the tracks are making, they are not making half as much. I really doubt Williams Grove or Lincoln Speedway management is sitting in their offices while the cars race around the track looking like this... 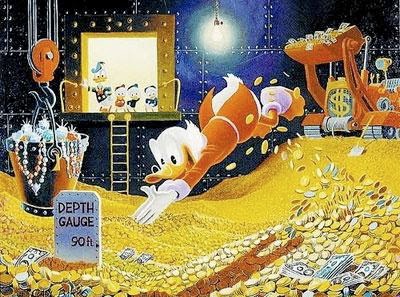 Even with all the fans and race teams paying to see or to race in the event, race tracks have bills just like the rest of us. They have a gas bill, food bill, heat bills, water bills, septic bills, garbage, electric bills, and the major one Insurance. Think what the race tracks pay just to turn those big ass lights they have at the track every week. The race tracks also have full time employes who get insurance  and other benefits every week. They get those weather the track races that week or not. All year long. Add all of that in and it's not as easy and cheap to run a track as some people think.

How bout this option? Increase the admission for the fans to get in, and you make the race teams pay more to get into the pits. Hell make the race teams pay so much just to run their weekly. It would take 680 people at $25 a head to pay a $17,000 weekly purse. Now is that possible to have that many people in the pits every week? MAYBE, but I doubt it. But lets say you get 28 cars in the pits with 5 crew members + the driver tha'ts only 168 people through the back gate. Now I know some race teams bring more some bring less but work with me here. Lets add in the extra people like photographers and pit lizards that walk around the pits weekly. Guess what you still not even close to that magic number of 680. Now I was told more to win will bring more cars so lets say that's true and 40 cars start to show up weekly at Williams Grove. Guess what? That's still 440 people shy of breaking even for the night. 280 short to be exact. Where will that money be gotten from? THE FANS!!!

Should the race tracks really raise the admission price on family's to go to the races? Lets say you want to charge $20 to get in every week. It would only take 22 fans to get you the rest of the purse for the week, that means everything else is profit. Tha'ts great for the race tracks. Sounds like a winning formula right? Now I don't know about all of you but I watch enough Fox News to know our economy is still not doing well. So is it a great idea to raise the admission price and make families pay even more to get in every week? Just using my family as the example it would cost me $50 to take my family to see a race one night a week. If your a race fan like myself I try and go to 2 shows a week, that's $100 I have to shell out just to walk in the gates. Where am I supposed to find that kind of money EVERY week? I'm like most hard working race fans, I work a 40 hr a week job just to pay my bills and I'm damn lucky to be able to get to as many races as I do...43 last season BTW. We try and skip most of the higher paying shows because it cost so much for all of us to go. For those without children, your not getting away with just taking kids to the race track, at least I'm not that lucky because it all adds up real quick. Now instead of families going to the races for $50 a pop they can swing up the road a bit from Williams Grove and head to Haars Drive In. For $20 all 4 of us can see 2 movies. Think about that for am minute. For the price I would have to pay to see a race myself, I can take my whole family to the movies. What makes more sense? I don't know about you, but that's a hell of a deal. Take other things like Netflix which is $10 a month, a baseball game, or any of about a dozen or so things that a family can do that's cheaper the $50 to get in.

But ok there are enough race fans out there that are willing to pay that every week to take their families to a race. How many of them are willing to do it twice a week? Remember so far we've really only talked about Williams Grove Speedway on Friday nights. They are the only ballgame in town on Friday's. You go to a track on Saturdays and now the field is cut in half depending on which track, Lincoln or Port Royal Speedway the drivers prefer. Less back gate $= the need for more fans to make up that difference. As a fan where are you going to choose to spend $50 a week? At a track that gets all the cars, or the track that only gets half of them? Your gonna be paying the same to get in no matter what so...... EXACTLY!!!!

Do we see where I'm going with all of this? I think we all will agree all divisions should be paid better in Central PA, but how are they going to do it? That's not so easy to figure out. We cant ask families to pay $50 or more a night for entertainment when there are other, cheaper forms out there. The more it cost the less will show up. But hey I don't own a race track, or a sprint car team. I'm just a fan in the stand who has a big mouth and likes to use it.

1 last thing I would like to add. If fans really want to see drivers get more money then get creative. I started the 358 point series just to give a little bit back to the teams because I thought they deserved more then they where getting. Fans in Central PA have done some really cool things to get extra money to our race teams. Mike Root started the original Beer Hill Gang, Ron Judd started the National Open Chili Cook off as a way to help raise money for our drivers. The Butcher was just a fan who started sponsoring a few drivers because he thought they could use the extra money. All it takes is a little creativity and a few friends. Hell have 5 friends chip in $20 and once a month walk into the pits and pick a driver and offer to buy them a new RR tire. Trust me not a single race team would say no. They would appreciate it greatly.

With that I say THANK YOU once again for checking out my ramblings. Please let me know how you all feel about this subject. You can leave a comment in the comment section (just leave your real name chicken), you can tweet me @BillMcIntyreIII or you can hit me up by email at boogermac420@inbox.com. Just think folks the Ice Breaker 30 is only a few weeks away. Better start digging out those warm clothes soon, I have a feeling were going to need them.
Posted by Bill McIntyre at Thursday, January 29, 2015