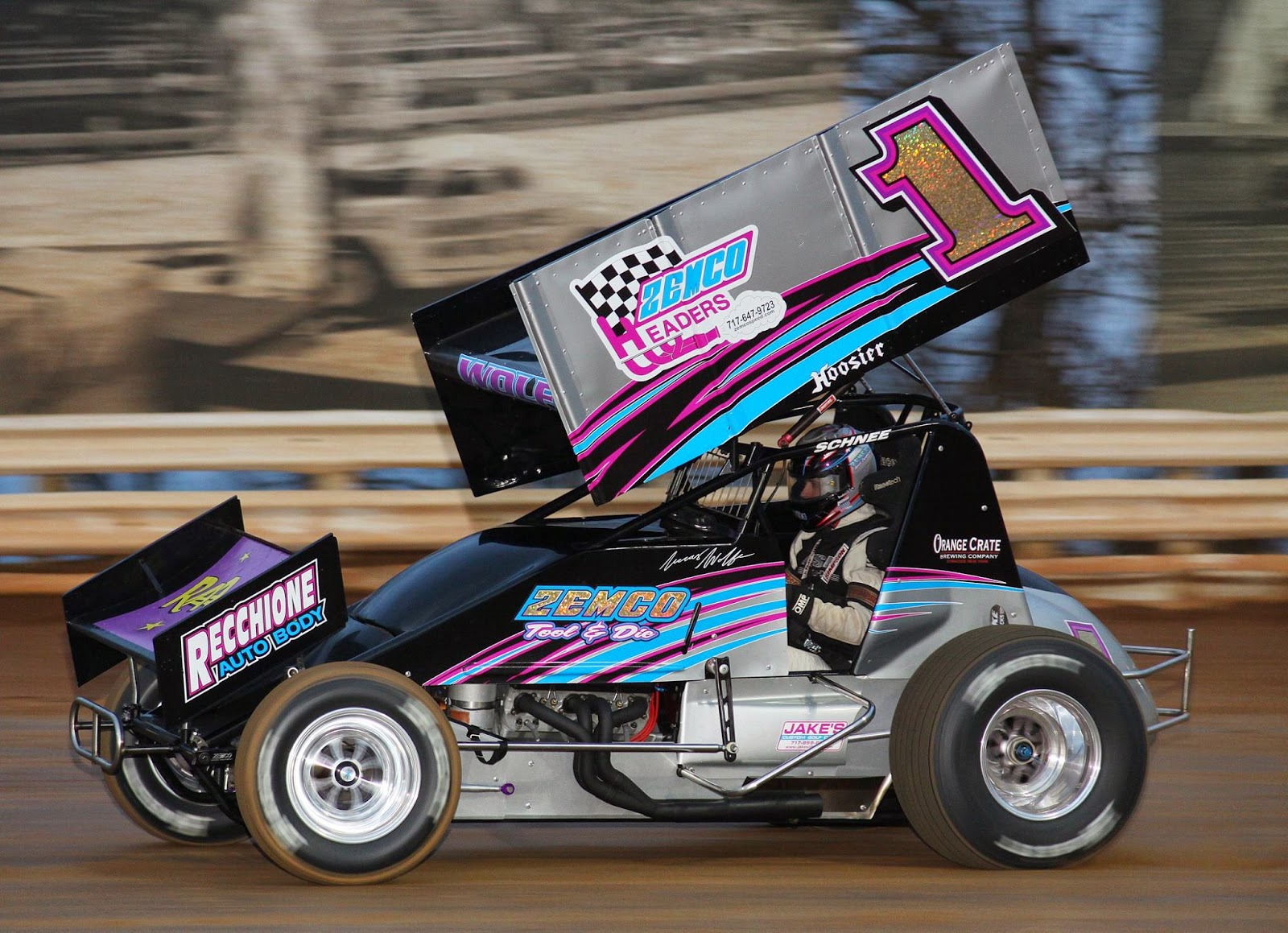 Port Royal – Lucas Wolfe held off the challenges of Greg Hodnett on Saturday night at Port Royal Speedway to pick up the 410 sprint win in the tune-up race for next week’s All Star Circuit of Champions Bob Weikert Memorial.

Mike Lupfer continued his domination in the super late model ranks by winning his third race in a row in what was the third race of the year for the division at the oval.

And in the 305 sprint main, defending oval series champion Jeff Miller claimed the feature for his first win of the year.

It was Race To Cure Cancer Night at the track with a total of $1,550 being raised for the American Cancer Society including $750 as the auction price of a special pink five-gallon fuel jug that was autographed by World of Outlaws and Pennsylvania sprint car drivers.

Hodnett won the dash to start the 25-lap 410 sprint main on the pole with Danny Dietrich flanking him on the outside.

Wolfe originally lined up third for the start but a false initial start swapped the first and second rows, placing Wolfe on the pole for the new attempt at a green flag.

Sixth starter Steve Buckwalter moved forward early, taking over the second spot with five laps down and making tracks after the leader.

With Hodnett up to third on the 10th circuit, Buckwalter made a jab at the lead in the first and second turns but Wolfe was up to the challenge and moved back in front to hold control.

Seconds later Buckwalter’s mount slowed to a stop on the backchute, taking him out of contention and placing Hodnett in second.

A lapped car separated leaders on the restart and Hodnett has just disposed of the traffic when the red flag appeared with 13 laps down for a frontstretch roll by Doug Esh that also collected Blane Heimbach.

No lapped cars were between the leaders for the new green and Hodnett made a bid when action resumed by Wolfe rode the cushion through the first and second turns to blast around the slide attempt onto the backchute.

A final yellow unfurled with three laps to go for fourth place runner Ryan Taylor and Wolfe then went uncontested to the victory, which was the second of his career at the oval, worth $3,500.

Heats went to Dietrich, Ely and Blaney with Hodnett scoring the dash and Dylan Cisney taking the consolation.  Fast time was set by Hodnett with a lap of 15.495 seconds.

Early in the race Lupfer went three wide in the second corner to move from his sixth starting spot into third before setting his sights on leader Wagner and Trent Brenneman.

Lupfer went to the outside of Wagner for the lead in the first and second turns to get control before settling into his favored inside line to cruise to the victory.

Heats went to Brenneman and Bernheisel.

Jeff Miller allowed Ken Duke to lead only the first lap of the 18-lap 305 sprint main before taking over after starting second.

Miller’s pace was slowed twice over the distance but to no avail for his challengers.

PRS 2015 – Racing through a new decade with a new attitude!

The Only Place To See Super Sprints And Super Lates Every Saturday Night
Posted by Bill McIntyre at Sunday, April 19, 2015