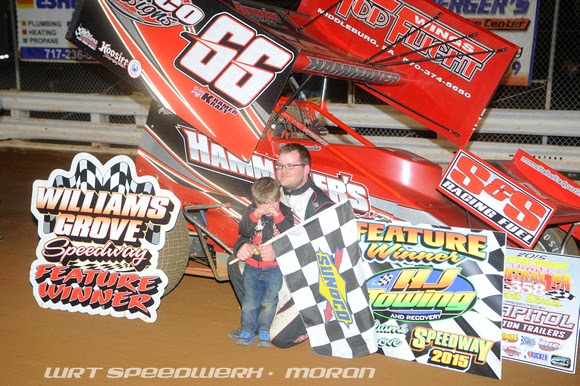 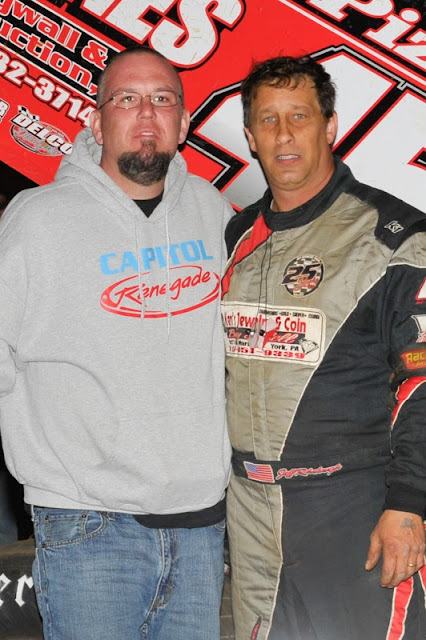 
This week the focus of the Central PA 358 Point Series presented by Capitol Renegade shifted to the historic Williams Grove Speedway on Friday night and the series point leader made quite the statement. Doug Hammaker won the 20 lap feature after running down and taking the lead from 2 time defending track champion Kevin Nouse on lap 17. Hammaker would pull away for his 2nd feature win of the season in the series and put some distance between himself and the rest of the drivers for the $3,000 top prize at the end of the season. Matt Campbell, Chandler Leiby, and Brad McClelland would round out the top 5 on Friday night. Saturday the teams headed to Lincoln Speedway and an old veteran would make his move on lap 17 passing race long leader Cody Lehman and holding off a determined Doug Hammaker for his first victory of the season. The win moved Jeff into 2nd place all time wins list at Lincoln Speedway in the 358 division, and is just 1 win from tying the all time mark. Jeff also moved into the top 5 all time in the Central PA 358 Point Series win list with 41 career feature wins. Matt Campbell would come away with his 2nd 3rd place

of the weekend, Chris Frank and Ryan Wilson would complete the top 5.

Hammaker with his win strengthened his series point lead, he know has a 108 point lead over 2nd place Adrian Shaffer who was caught up in two mishaps over the weekend and cost him the win on Friday night. Jeff Rohrbaugh sits just 2 points behind Shaffer in 3rd, and Issac Sneeringer is now 4th after having the weekend off. 2014 series champion Brad McClelland rounds out the top 5 in series points just 6 points out of second place.

This week the Central PA 358 Point Series presented by Capitol Renegade will the voting for the 2015 Most Popular Driver Award. Voting will be conducted on the series Facebook which you can find at this .... You must like the series Facebook page the the like button for the driver or drivers you would like to vote for. The voting will take place over the next few days with 10 drivers being posted every day. Voting for each round will be for 24 hrs, so much sure you vote early for your favorite. The top 10 vote getter's from the 1st round of voting will then battle it out for the right to be called the 2015 Central PA 358 Point Series presented by Capitol Renegade's Most Popular Driver.

The top 10 in points for the Central PA 358 Point Series presented by Capitol Renegade
looks like this ...

You can keep up to date with everything 358 sprint car related, including press releases, series point standings, and all time win list for the 358 division at www.centralparacing.com and dont forget to like the Central PA 358 Point Series on Face Book where you can find all the winners of the 358 point series as well as vote for your favorite driver starting in May when the 2015 Most Popular driver voting gets underway.
Posted by Bill McIntyre at Monday, May 04, 2015