Thoughts on a racing weekend gone by....

Well another awesome racing weekend is now complete, and we head to the first Outlaw showdown. This weekend saw a a bunch of new faces in victory lane as well as 3 drivers continue to show why they are considered the best 410 drivers in Central PA.

Friday night we saw Brian Montieth win his 5th feature event of the season at Williams Grove Speedway.  Brian had a great battle with Donnie Krietz for the first half of the race, then once he made the pass for the lead he just checked out on the rest of the field. Not a lot of passing on Friday night, but Danny Dietrich made his way through the field for a top 5 finish.

But once again I sat through meaningless heat races at a time trial show. Brock Zearfoss set fast time, started 4th in his heat and barely hung on to qualify for the feature event. So what happens? The put him in the dash. How the hell does that make sense? It gave Brock a good starting spot for the feature which translated into a 10th place finish. Why have heat races at a TT show if they dont matter? Save the track laps and punishment and just run the dash by having the top 8 or 10 guys redraw for their starting spots in the dash. If your going to run heats at least make them mean something. Make the fast timer in each heat race finish in the top 2 (after starting 4th) to make the dash. Or just run the feature heads up from the TT results.

Dwight Leppo made his 2nd start of the season Friday night at Trail Way Speedway and set a new track record for the fastest 25 lap feature. The first sub 6 min feature was run in 5 min 57.97 seconds. Wonder how many people out there still think Trail Way Speedway is sill nothing but a wreck fest? Speaking of Trail Way Speedway the first higher paying show for the 358 division is being held this coming Friday night with the 358's racing for $1,200 to win. Wonder if the track can pull in close to a full field? I know Brad McClelland wont be there after blowing his 2nd motor in a month Friday night at Williams Grove Speedway, and Jeff Rohrbaugh blew up as well on Saturday night. Seth Kearchner made his return to action on Saturday night, and he was a regular at the track on Friday nights. Also saw no Randy Whisler this week. But I'm hearing that the Central PA 358 Point Series presented by Capitol Renegade point leader Doug Hammaker might be making his return to the track, and have heard other drivers mentioned as going to run as well. With 358 drivers pissing and moaning about track conditions at other race tracks, here is their chance to go run a track, that is the complete opposite, most drivers complain its always to wet, but never hard on tires. Hopefully some race teams take the chance to go and give Trail Way a shot Friday night and run for a little extra cash.

Saturday night Greg Hodnett picked up win #4 on the season at Port Royal Speedway. That's 2 wins at The Speed Palace in 2015.

Glad to hear Nate Snyder and Tyler Bear are ok after hard hits in the "Big One" Saturday night. Shame for both drivers as neither are big dollar operations.

Congrats to Sprint Car Unlimited co host John Westbrook and his driver Eric Tomecek on their win Saturday night at Selinsgrove Speedway. Someone finally put a stop to the freight train named Mark Smith. Heard it was a great crowed for pack the track night, just hope they loved what they saw and will go back again this coming weekend. We had plans on making the trip but family stuff kept me and my family from making the trip. Now lets hope they can get more teams up their weekly....14 again this week?......

Saturday night I ended back at Lincoln Speedway and what a race the fans saw. Once again handicapping the feature, and it showed how great the racing action is when they do. Pretty sure every fan thought Montieth was on his way to win #6 on the season and #4 in a row when he took the lead from Steve Owings and started to pull away from the field. You could hear the gowns from some in the crowed as he was doing it, but have no fear...... 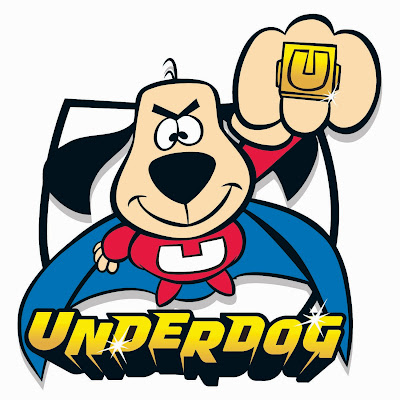 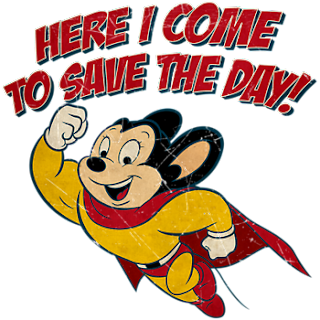 Thats what Danny Dietrich must have been saying as he charged his way through the field, and took the lead from Montieth in the closing laps. The fans jumped to their feat as the two gave us a hell of a show. Brian had 1 last shot at getting Danny but tried the slider in turn 4 coming to the white flag and just wasn't close enough to pull it off. Gary Kauffman took a nice shot at Jerry Parrish in victory lane making comments about not thinking the racing was boring, and that the 49 team is ready to run no matter if it's Good Years or Hoosiers they dont care lets race. I personally loved it. Here we have 2 of the best 410 drivers at 1 track most Saturday nights, and they have been the class of the field for the past 5 years or more now. Its about time shots where fired. As laid back is Brian is, I doubt you'll get much of a reaction out of him, but we all know his car owner is not scared to say something. Ive watched him call out quite a few drivers over the years. I'm all for the 2 best drivers in Central PA (YEAH I SAID IT) in a good old fashion rivalry.  I wanna see 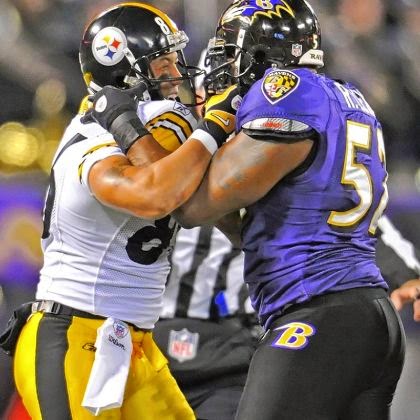 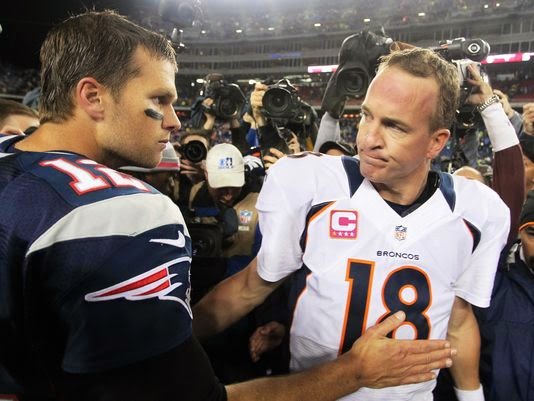 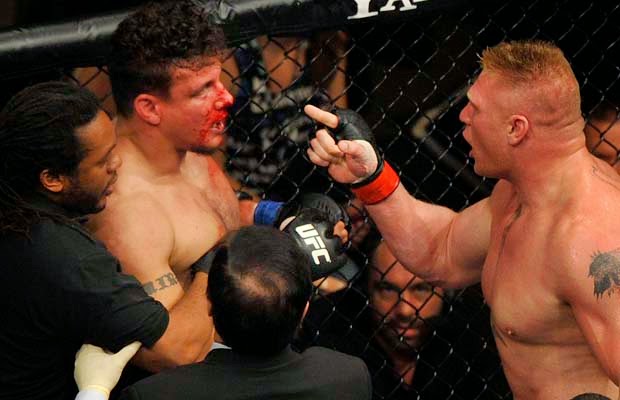 Ok well maybe not that far like Lesnar/ Mir.....but you get the picture. Give me a good old fashion, take no shit, rivalry between Danny Dietrich and Brian Montieth.......Now that would sell more tickets.

I want to address some of you this week and ask what the hell do you all want? All I keep seeing on social media and hearing from race fans is how the racing sucks now a days. Yeah it's not 1996 anymore folks. I keep seeing where people are still complaining about the track surface and lack of track prep at Williams Grove Speedway. Are you all really surprised at any of that? I keep hearing the tires suck. Guess what folks, they are not going anywhere you stuck with them. I'm getting tire of all the bitching, whining, and complaining everyone seems to be doing. For hells sakes there is a whole thread on the Williams Grove Message board about how carppy and over priced the food is at Williams Grove now. Simple solution for that one folks, take your own food or stop some where to eat on the way. (In defense of the crappy food I did order two slices of pizza Friday night and it was served to me cold which aint real cool to do to people) but guess what I knew when I ordered it what I was getting into and just shut up and ate it. I knew when I made the 45 min drive to the track Friday night it wasnt going to be the race of the week, and guess what? I still managed to enjoy myself. Wanna know my secret? I have lowered my expectations. Stop trying to act like its 1998 and thinking the racing action is going to be the greatest. It;s not going to meet those high expectations folks. It's not 1998, it's 2015 and the racing is not quite as good, the track food is not as cheap (or warm) and the tires are not as good. But if you show up on Friday nights with reasonable expectations on what you might see, you might just end up enjoying yourself and not being so damn miserable.

Thanks again for checking out Central PA Racing Scene. Hope you enjoyed my thoughts on this weeks racing action, as well as enjoying the different stuff I have been posting on the site, whether its the power rankings every week, or the weekend warriors point standings, or the awesome photos from Tone de Seta.

I'm happy to announce that Catherine Hogue is going to join me once in a while for a joint column where we will share our views on different subjects concerning sprint car racing in Central PA. Make sure to check out here blog Flirting With Dirt  to see some of her outstanding work. She is one of the best writers in Central PA when it comes to covering all the different sprint car divisions, plus she is just a great all round person.

This week we have the World of Outlaws coming to town. Are the PA Posse ready to take on Donny Shatz and the rest of the Nations best sprint car drivers? Hope so. The racing action will get started on Wednesday at Lincoln Speedway. Friday the action turns to Williams Grove Speedway for the 2 day Spring Nationals. Trail Way Speedway will be back in action with their $1,200 to win Spring Championship, and Selinsgrove Speedway has the ESS 360 sprints coming down to challenge Mark Smith and the  of the hometown guys.

My only race this week will be Friday night at Trail Way Speedway. There will not be an article next week, as I am doing the family and friends thing on Saturday, and plan on enjoying my night (maybe a little to much) but everyone Please everyone be safe and have a great time at all the race tracks this weekend. Hope for everyone the weather is hot, your beer is ice cold (with a little dirt on top), and the racing action is red hot.