800lb Gorilla in the room/ Asterisk in the History Book 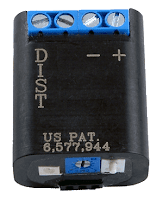 Does anyone know what this is a picture of? Well you might want to do some checking to find out. According to more then 1 local race track car owner it is what's killing our sport of sprint car racing. Yes folks that is the one thing that is harder to find then Big Foot, and has been talked about more then the Loch Ness Monster. That my loyal readers is a Davis Technologies TMS-9500-SL short.....or in other words the best traction control device on the market. Anyone that knows me knows I have been on the case for TC for the better part of 6 years or more. For those that don't know I was the host of a popular internet webcast called Central PA Live that was held every Tuesday night. I would interview different drivers and personalities here in the area. I had Lee Stauffer on the show and he admitted to me and the fans watching that night that he had indeed used TC but he had never won a race with it. Now that was a huge step for me as I was always looking for the one person who had the guts to actually admit that they had used it on the record. I have had many people from different race teams tell me over the years that they had used it, but I never asked them if they had any success with it. Guess since I didnt have a dog in the fight I really didn't care one way or another, but watching sprint car racing the past few years it has become very obvious that we have problems in our sport. We do not see the type of racing we saw say 10 years ago. Now some have said it's because of the rules packages, or blame it on dirty air, hell now the big thing is tire doping (like that is new or something)  but I am here to tell you the biggest thing that has hurt sprint car racing is that little device on the top of the page.

Now if you would like to look into the device more here is the link to Davis Techonlogies web site and if you would like to read Testimonials  from customers who have bought the product and have used it to great success  then have yourself a good time. I was on the hunt for someone in the sport who would actually talk to me and give the truth according to him on how much traction control is used in the sport and how much it is hurting it. But I could never get anyone to go on record about it....until just a few weeks ago. Funny thing is I sent out a tweet in regards to a podcast and I said that if you want to fix local racing you need to start looking for Big Foot....I mean Traction Control. That turned into a driver seeing my tweet and contacting me about the subject and him sharing his thoughts with me on it. When I asked him if I could share this on the record with everyone here on Central PA Racing Scene he said I could under one condition, that I do not use his name because he did not want to have his fellow competitors upset and retaliate on him on the track. He is a small budget racer who races for the love of the sport. He does not need to have his equipment tore up every time he takes to the race track because of him sharing his honest opinions on this subject. I agreed to keep his identity hidden and he was more then happy to share with all of you the what, when , and how's of Traction Control use in Central PA. Here is our conversation for all of you to read and make up your own conclusions as to how truthful he is.

Everyone knows the saying “If it looks too good to be true, it probably isn’t true”. That’s something that tends to rein true throughout my interview with a driver recently.

When and How did you think that there was an issue rising ?
After a few races into the season I began to think I could tell a difference among some cars. But it really started to show over the course of speed-week and that old saying came to mind quite a few times...actually just about a record setting amount of times.
It came with the way one car can ride around comfortably, then like a light switch simply blow the sideboards off two cars that have arguably been on top of their games all year and pull away from the pack. And we all know that around A-Main time at every track these days slicks off and traction becomes a premium. Some teams have found an easy, not so legal way around this problem.

What would be this said way around the problem?
Yes, I’m going to say it, traction control. Just pull out your credit card out and order one of the latest, greatest, self-learning adjustable quarter size traction control units for around $7500.00. When you are paying $50,000.00 for an engine it’s a bargain for $7500.00 to get the maximum out of the high priced engine every time the track slicks off. Don’t forget now those high paying races, that are the only races some guys show up for, are almost always dry and slick. So the unit pays for itself in no time.

How does Traction Control Work?
Here is a quick lesson in traction control. A driver keeps their foot on the floor while the small little computer does the rest. This all happens inside the MSD ignition box located directly in front of the driver in the cockpit. When the traction control unit detects a spike in the RPM of the engine from the tires spinning it backs the ignition down taking a small amount of horsepower out of the engine very briefly allowing the tires to hook up and pull the car hard off the turn and down the straightaway, and everyone knows spinning is not winning. A driver will never be able to pedal a car as fast as a computer can and this takes a large part of the driving skill and talent away from the racing.

Where is the advantages in Traction Control?
Traction control systems are also easier on the tires because you are not spinning them and overheating them so at the end of a race that driver still has yet another advantage over the rest of the field. Also traction control systems are forgiving on the engines because it keeps the engine from quick rpm spikes which are very hard on the valve train components. So the advantages are numerous for sneaking one of these tiny computers in your ignition system.

Is there a way for fans to be able to detect it being used, or do you really need to know how they work to see the difference?
As a fan they are really difficult to detect with the newer systems. The early models where very easy to hear the engine would have a dead miss until the car caught up with the tires and then the miss would go away. The new systems use the engine timing to change the power band around to keep the engine from breaking the tires loose. As an engine builder, when an engine with traction control is out front it is easier to hear but it is not as obvious as it once was.

How can tracks in Central PA catch teams that are using it?
I'm not sure the best way to catch someone using it but A couple of years ago Williams Grove Speedway had a program to collect the winners MSD Ignition box and a few random boxes from the rest of the field. That seemed to make teams think twice before using traction control during a race, but like everything else that has died off with the changing of the seasons.

Now I can hear some race fans saying that this is just a driver with sour grapes who is getting beat and the easiest way to justify loosing is to call other teams cheaters. What is your response to people who might have that opinion after reading this?
I can understand most people would say this is just sour grapes and it is very easy to call someone that is beating you on a regular basis a cheater. The only thing I can say is we have raced up front and in the back and I know that this is not the only reason we are getting beat right now. There are pleanty of other things the teams are using to cheat right now but this is the one that scares me the greatest, because of the cost. But I am talking as more of a sprint car fan then a competitor right now, even that nights we can't make it to race we are still watching and supporting sprint car racing. I am worried that if someone doesn't say anything about it before it gets out of control and more cars start to disappear.
Traction control systems were born in F1 racing which along with many other driving aids turned that series into a high speed parade where you are lucky to have any on track passing. It made the racing so boring so F1 chose to ban those driving aids in hopes to bring back some passing. Something has to be done before this gets out of control and every team is shelling out more and more money or simply calling it quits and we only have 10 sprint cars left. I pray we aren’t headed down the same path.

Now since I had this conversation , I was able to talk to other drivers about this subject and I have learned of other useful tolls to help do the same thing and are legal to use. 1 of them is a MSD Crank Trigger which comes with a dash mount switch. When a driver flips the switch it can retard the ignition timing a predetermined amount. Sometimes as much as 8 degrees, essentially killing around 60 hp and helping put the tires on the track. So while traction control is illegal, there are legal ways of helping to get that horsepower to the tires on slick race tracks as well.

I hope you all enjoyed this as much as I did researching it and talking to different people about it. Do I think everyone is cheating?   Maybe lol , but that would just be the short and easy answer to a very long and difficult question. I do think it is something that needs to be looked at very closely and  race tracks need to find a way to stop the use of it, before it gets to the point of no return, if we haven't reached that point already.

If you all have any comments on this feel free to leave them in the comment section of this article, or email them to me my email  or even  Tweet them to me . Until then hope you have a great rest of the work week and lets start getting ready for the weekend folks, it wont be long now.