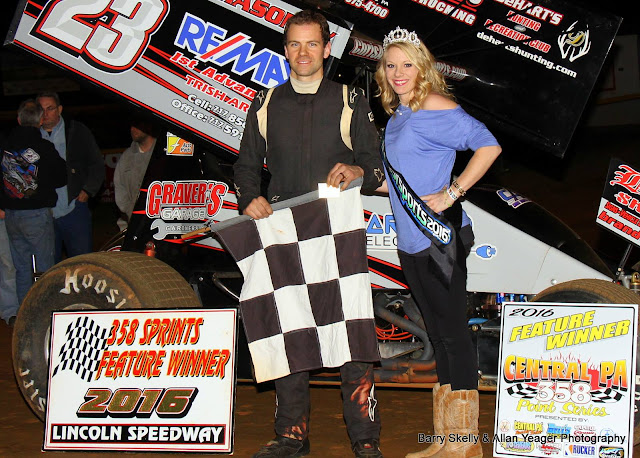 The Central PA 358 Point Series kicked off its 8th season Saturday night at Lincoln Speedway and Chris Arnold picked up his 2nd career feature win in the 20 lap feature. The win was Arnolds first win since 2010 after a great 2 car battle with Matt Campbell.

Campbell would take the lead from Arnold mid way through the 20 lap feature, but Chris would get the lead back with 2 to go for the victory. Rounding out the top 5 where Adrian Shaffer, 2015 Central PA 358 Point Series rookie of the year David Hollbrock and Troy Wagaman. With the new points structure in place for the 2016 season Arnold received 60 points for the victory with 33 cars pitside.

The top 10 in points for the Central PA 358 Point Series presented by Capitol Renegade
looks like this ...