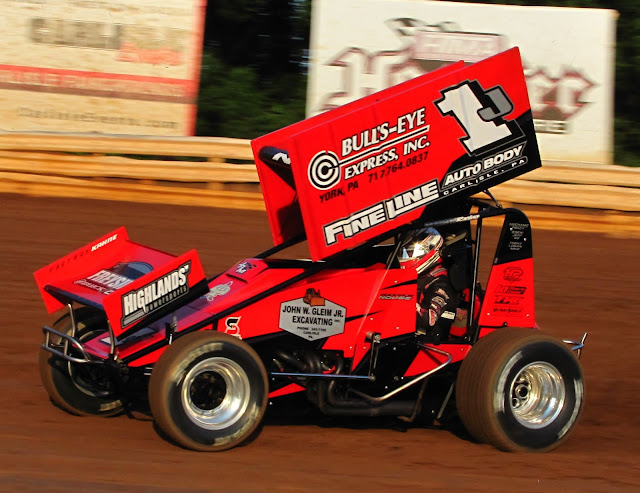 Mechanicsburg – Kevin Nouse scored the 358 sprint car championship event at Williams Grove Speedway on Friday night, taking $2,500 for the lucrative victory, his second of the year at the track and 16th overall of his career.

In the 25-lap 410 sprint car main, it was Ryan Smith who scored for the first time ever in his career at Williams Grove Speedway, leading all 25 circuits to pick up the $3,600 victory.

Jared Esh took the lead from the pole of the 25-lap 358 sprint championship race with Phil Walter and Eric Parker trailing early while Nouse worked from the 12th starting spot.

Parker bolted around Walter for second on the ninth lap and tried to run down the leader as traffic entered the picture but Nouse was quickly on the scene and was up to third with 11 laps completed.

Nouse overtook Parker for the second spot with nine laps to go and then moments later drove into the lead with eight laps left.

However the restart saw Nouse pull away when action resumed as he did again on a final restart with a lap to go.

After starting 15th, Adrian Shaffer made his way up to fourth before the finish but failed to challenge for a podium finish.

Nouse was the Wee Bee Audio and Video Hard Charger. 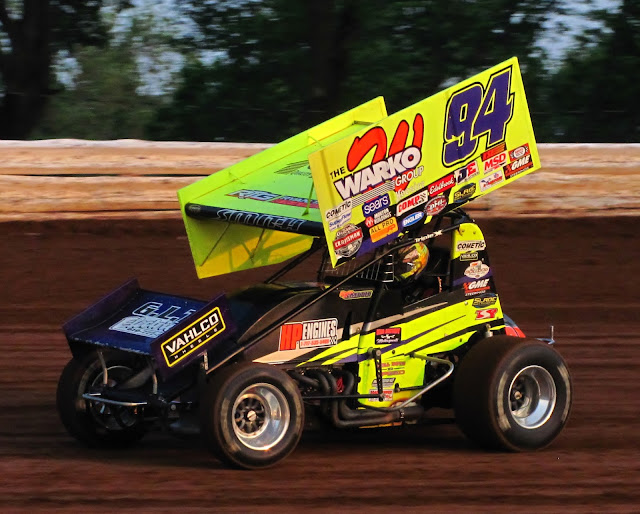 Ryan Smith started fourth in the 410 sprint main and made a big move on the initial start to take over the lead on the first lap from TJ Stutts, who started second.

Brent Marks began the race in third and took second on the second lap as Smith held the lead.

Lap after lap, Marks tried to gain on the leader but Smith was flawless on the slick surface, running the middle of the track to perfection.

Smith entered the rear of the field on the ninth lap with Marks in tow but even in traffic Smith was able to maintain his advantage over Marks.

A lone restart on the 12th lap gave Marks a clear shot at the lead but Smith was again flawless through the middle of the first and second turns to pull away on the backchute while Marks slid sideways after trying to pull a flyer for control.

After starting eighth, Alan Krimes took third from Stutts on the 12th lap and got by Marks for second with six laps to go.

Krimes then consistently ran down Smith over the final laps to have in within striking distance amid traffic at the finish, crossing the line .625 seconds behind as runner up.

Marks was third followed by Stutts and Austin Hogue.