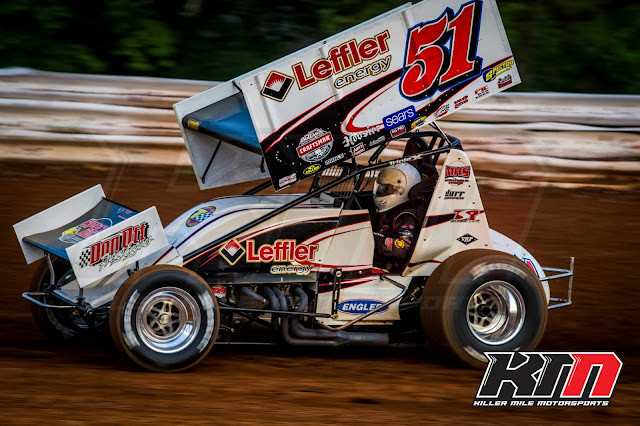 Heading into Grandview Speedway Brandon Rahmer had led the “Crowd Pleaser” standings after all but one night. Brian Montieth had led that night. After Grandview it is a different story. Brandon’s misfortune worked to his brother’s advantage. Brandon got caught up in an accident, which was no fault of his own. However, that opened the door for someone to take charge of the “Crowd Pleaser” standings. Brandon’s brother and current Williams Grove point leader, Freddie Rahmer, did just that.

Freddie came from the 18th starting position to finish second behind Kyle Larson. Freddie, who currently has 38 passes on the week, leads second place Brandon with 26 passes. Following the Rahmer brothers is Danny Dietrich in third with 24 points followed by “The Edge” Brian Montieth in fourth with 22 points.

Underrated Lincoln regular Gerard McIntyre Jr. rounds out the top five. Sixth place displays the passing abilities of the “Land Down Under.” Aussie Mitch Wormall is following Posse drivers for sixth with 17 points.

Kyle Larson. That’s all anyone needs to say. Larson sits seventh with 14 passes and has only run three races. However, he won all three. Sammy Walsh, who was surprisingly a no-show at Grandview, still remains ninth with 13 passes.

Brock Zearfoss who has made it through his more unfamiliar stretch of Speedweek, still has accumulated 12 passes. Zearfoss could be a big mover starting tonight as the remainder of the schedule consists of larger tracks which appears to be Brock’s forte.

410 Rookie Jared Esh has been “thrown to wolves” this week. Esh landed a seat in the Ehrenzeller #33 less than a month ago and the team plans to run every race. Esh will continue to get plenty of seat time. However, he got a not so warming welcome when he flipped down the backstretch last night on the warm up lap of the feature. Aside from that, Esh has done well in the big leagues and finds himself + 11 on the week.

Speedweek is now half over and will now start to favor “big track” racers as the heavy short track schedule is now completed.  A true “Crowd Pleaser” can perform on any track, that’s why come week’s end the winner simply passed the most cars.