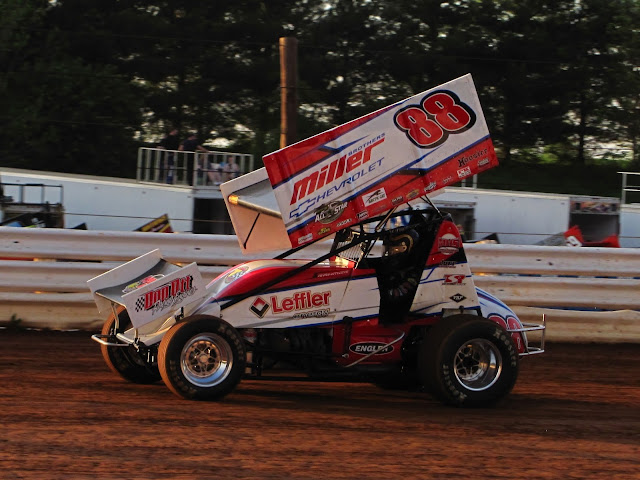 Brandon Rahmer continues to lead, in fact, he is enhancing his lead. Rahmer now leads the standings by six points over Brian Montieth. Rahmer is leading the way with 16 passes in two nights of competition.
“The Edge” Brian Montieth is in second with 10 passes. Rodney Westhaffer, who was not in action last night, held onto third place with eight points. Aussie turned semi-Posse James McFadden, took the Highland’s #3 to fourth with seven passes on the week.
Last evening’s main event winner sits fifth with 6 passes made. After that, things get wild. We have a five-way tie for sixth. All the drivers tied for the position have made five passes, awarding them five points. Freddie Rahmer, TJ Stutts, Aaron Ott, Alan Krimes, and Chad Trout are the drivers tied for sixth through tenth. Pretty competitive standings.