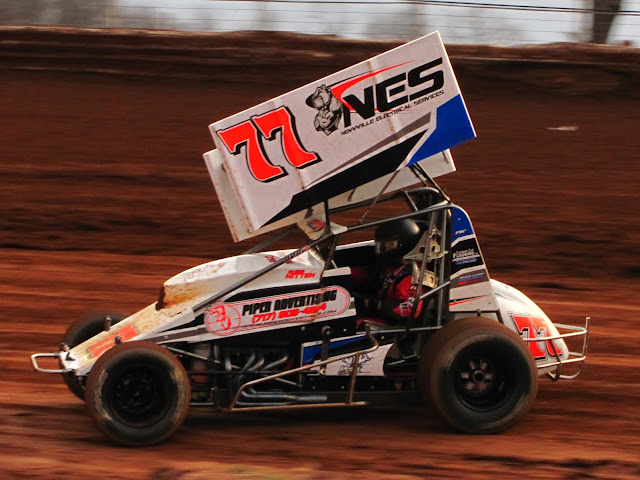 Russ Mitten’s third win of the season in Saturday’s 25-lap Credit Connection Auto Sales Super Sportsman feature at Susquehanna Speedway has turned the point battle heading into the final stretch of the season into a barnburner.

With Mitten’s win and Scott Dellinger’s runner-up finish coupled with leading winner Kenny Edkin’s first DNF of the season, the battle at the top is intense with 45 points separating the top three and just 150 separating the fourth place driver.

Mitten started ninth aboard his Newville Electrical Services, RPM Chassis and wasted little time in moving to the front as Tom Wyckoff led the first four laps before Timmie Barrick took over with five laps complete.

Barrick held the point until lap 10 when a caution flew.

On the restart, contact was made by Gregg Foster with Barrick, who then got into Tony Jackson, ending both of their good runs at the front.

Foster then took over before Mitten grabbed the top spot on lap 15 and then had to hold on through three yellows, including one with three laps to go before taking the checkered flag.

Mitten’s win, his 10th straight top 10 finish, moved him into a tie for the track point lead with Dellinger, who started 10th and finished in the runner-up spot Saturday night with Foster taking third ahead of Doug Dodson and 21st starter and Artwerks/Team 14 Hard Charger Paul Miller.

It was all Randy Christine, Jr. in the 20-lap Bernheisel Race Cars 358 Late Model feature as he led flag to flag for his fourth feature win of the year.

Christine started third and drove to the front at the start and drove off from the field to post the win over Chase Billet, Drew Weisser, ninth starter and ArtwerksHard Charger Sam Rial and Cory Merkel.

Heats for the 11 late models went to Cameron Benyou and Cory Merkel.

Patrick McClane came out on top of a side by side battle to capture his third win of the year in the 20-lap Superior Homes Extreme Stock feature.

Brandon Staccone and Johnny Palm won heats for the 14 cars.