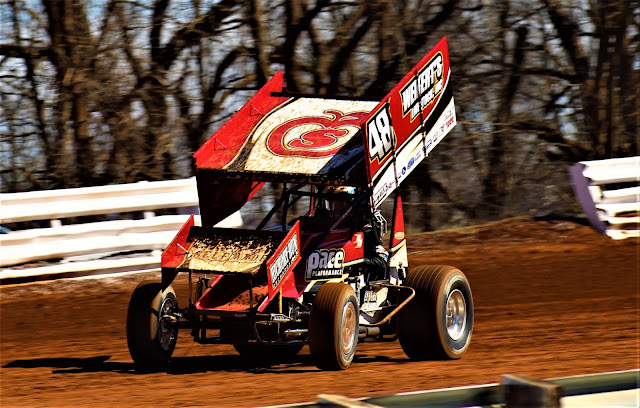 GETTYSBURG, Pa. (March 12, 2018) – For the first time in 2018, “Double-D” Danny Dietrich cracked into the win column, scoring a $3,500 top prize during competition at the “Fabulous” Lincoln Speedway in Abbottstown, Pa., on Saturday afternoon, March 10.

The victory, the 39th of his career in the Pigeon Hills, was accomplished from the outside of row two, charging ahead to take command of the 25-lap feature program on lap 14. From that point forward, it was all Dietrich at the front of the field, blasting ahead to cross under the final checkers 1.25 seconds ahead of the running order.

“This was a great way to recover after last weekend,” Dietrich explained, who recorded a ‘DNF’ at Lincoln Speedway during the season-opening Icebreaker. “We like to forget about weekends like that. Winning never gets old and we’re going to work as hard as we can to keep making that happen. I can’t thank my team enough for their hard work and support. We have a long season ahead of us. They are ready for it.”

Danny Dietrich and Gary Kauffman Racing will return to competition in Central Pennsylvania on Friday and Saturday, March 16-17, with appearances back at the Williams Grove Speedway and Lincoln Speedway, respectively. The defending Central PA Sprint Series presented by Hoseheads.com point champion will enter the weekend with five top-ten finishes on the season.

2018 Gary Kauffman Racing Statistics: (thru March 1, 2018)
Top-5s: 1
Top-10s: 5
Wins: 1
2018 Highlights: Earned three top-ten finishes against the Arctic Cat All Star Circuit of Champions presented by Mobil 1 during trip to Florida in early February, all highlighted with a seventh place finish at Volusia (Fla.) Speedway Park. Earned win at Lincoln Speedway on 3/10 worth $3,500.