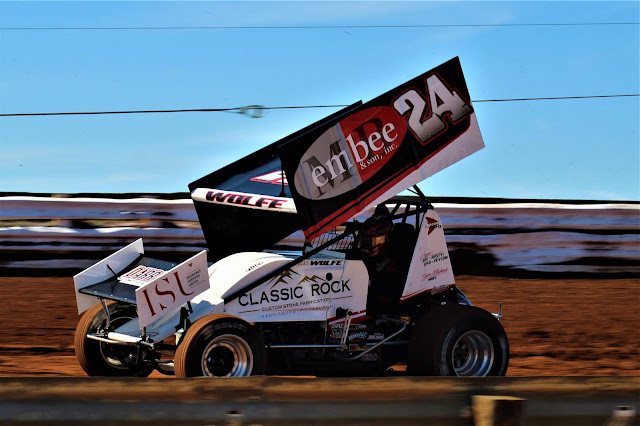 MECHANICSBURG - Lucas Wolfe of Mechanicsburg led from start to finish to pick up the prestigious Williams Grove Speedway season opener for sprint cars on Sunday afternoon.

Wolfe’s first victory in the oval opener was worth $3,600. It was the 18th overall victory of his Williams Grove Speedway career.

The initial start of the 25 lap main for the 410 sprints was red-flagged when Phoenixville’s Brian Montieth vaulted into a series of flips in the second corner after starting 10th.

The caution flag appeared for a spin in the third turn by Cory Haas, who was running in eighth spot at the time.

As Haas spun backward, defending opening day winner Danny Dietrich made contact with the spinner however he was able to stay under power.

On the restart, another red flag appeared for yet another series of flip, this time as executed by Anthony Macri in the first corner.

Again, there were no injuries.

Hodnett had previously motored inside the top five by getting around Freddie Rahmer and Jason Shultz with five laps to go.