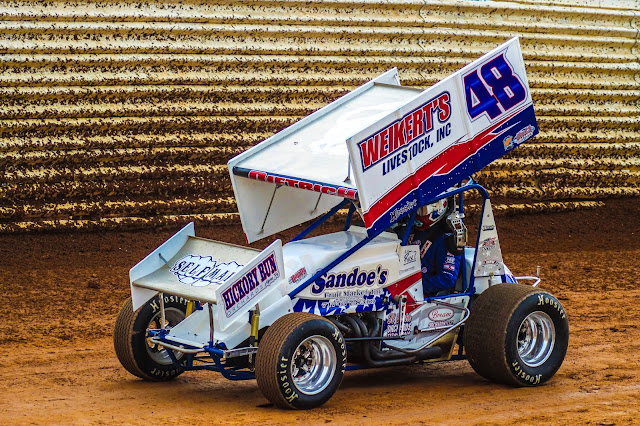 The Mason Dixon Shootout Series limited late models will be on the program paying $1,000 to win along with the 410 sprints, super late models and xtreme stocks.

The Weikert’s Livestock 410 sprints will race for $4,000 to win while the River Valley Builders super late models race for $2,200 to win.

The first 600 general admission adults at the opener will receive a free schedule magnet courtesy of Juniata Beverage while the first 200 youth entering the main general admission gate will get a free Easter treat from Asher's Chocolates of Lewistown.

A kids Easter Egg Scramble will be held in the infield just after warm ups for ages 0 – 12.

Following the March 31 opener, action will resume on Saturday April 7 with the first Camera and Autograph Night of the season featuring 410 sprints, super late models, PASS/IMCA 305 sprints and a kids bus ride.

With the purchase of a general admission ticket, fans will be permitted free access to the pit area prior to the races on March 31.

The annual Keith Kauffman Classic featuring the Arctic Cat All Stars Circuit of Champions Sprints is coming up at the track on Saturday, April 14 at 6 pm.

For the second year in a row, SpeedshiftTV and Port Royal Speedway have partnered to broadcast some of the oval’s most exciting events during the 2018 racing season.

And the first broadcast is coming up quick!

SpeedshiftTV will offer the upcoming April 14 All Stars Circuit of Champions Sprints Keith Kauffman Classic live from the speedway.

Additional Port Royal dates that will be available for streaming purchase from SpeedshiftTV include the May 26 and 27 Bob Weikert Memorial weekend, June 16 USAC sprints, July 4 and July 7 Pennsylvania Speedweek and the September 7 and 8 All Stars 51st annual Tuscarora 50 races.

More details on pricing and purchasing information will be available on SpeedshiftTV.com.

The Only Place To See Super Sprints And Super Lates Every Saturday Night
Posted by Bill McIntyre at Sunday, March 25, 2018