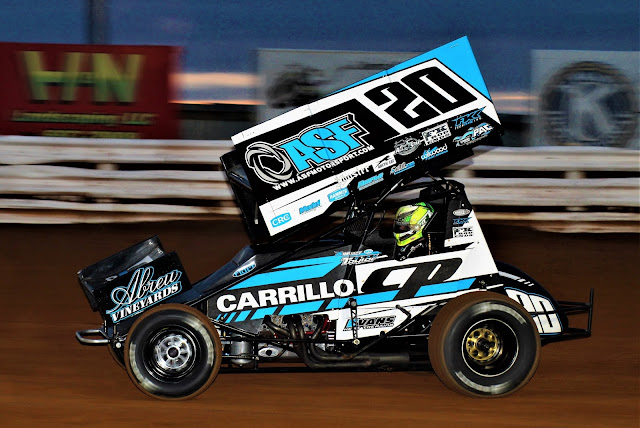 In the season debut of the 358 sprint car divison at the track, Jeff Halligan outran Kevin Nouse for the win.

The initial start of the 410 sprint car main was red flagged for a first turn flip by Brian Montieth, who had started fifth in the field.

Only the first lap of the main was completed before the first of four yellow flags unfurled on the field, this one for a slowing Greg Hodnett and Tyler Esh and Freddie Rahmer who withdrew from the race.

Taylor led Mark Smith for the restart as Lance Dewease got by Anthony Macri for third and set his sights on Smith.

The pair raced close for the second spot with Dewease moving to Smith’s inside on more than one occasion before the duo made contact with six away, finding Dewease spinning in the fourth turn while Smith continued on.

The final caution flag of the race appeared with 12 laps down when Caleb Helms spun in the third turn and then Taylor’s pace went unhalted to the finish.

Smith was never able to mount a challenge for the win over the balance of the event, instead finishing 2.058 seconds behind at the finish.

Taylor noted that he knew he had a car that was good enough to win when on the initial start he set the car into the first turn, “and it stuck like glue.”

Heats for the 31 car field went to Tyler Esh, Stutts and Montieth with the consolation going to Danny Dietrich. 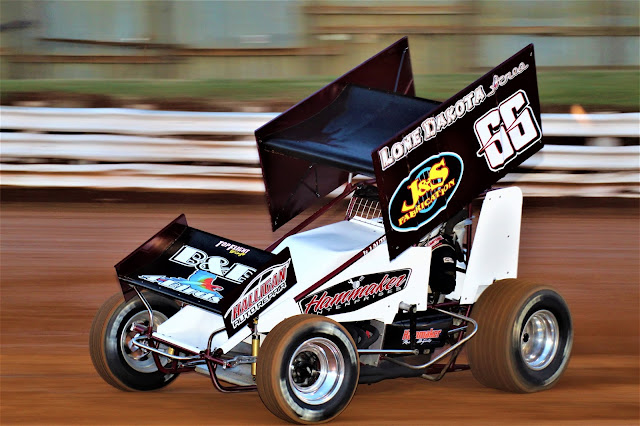 The first 12 laps of the 20 lap 358 sprint main went non-stop with original third starter Jeff Halligan leading from the start.

Halligan slid to the pole for the initial start after Phil Walter relinquished the spot before the green flag could drop.

Halligan’s pace was slowed with 12 down for a third turn spin by Brett Wanner.

The restart saw third runner Chase Dietz hop the cushion and spin in the first turn.

No further cautions would hinder the race after that point with Halligan holding off defending track champion Kevin Nouse for the victory on both of the restarts.

At the finish and for the final 10 laps, Halligan held a one-turn advantage over Nouse.