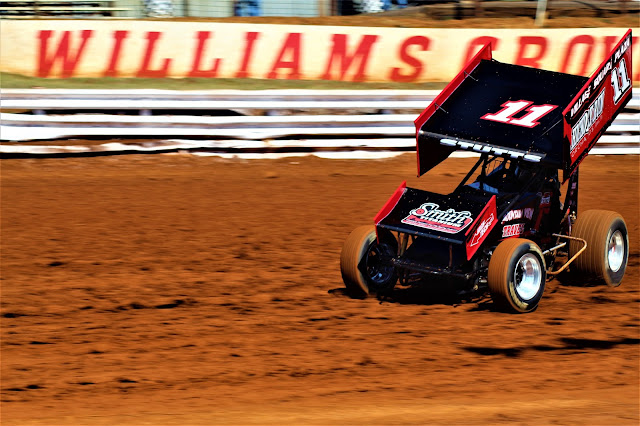 Mechanicsburg - Williams Grove Speedway will host the super late models along with the Lawrence Chevrolet 410 sprint cars coming up this Friday night, March 23 at 7:30 pm

March 23 will also be ARCH Night at the speedway.

The mid-March late model show this week should be one of the first races of the season in the region for the super stock cars and as such a fine field is expected to compete.

After a hiatus, the super late models will return to Williams Grove Speedway for a big program coming up on Friday, June 8.

The special June super late show will be part of the KRS Graphics Tri-Track Late Model Challenge Series run in conjunction with other area ovals.

The 410 sprints will also be on the program in June.

To round out the month of March, the HJ Towing and Recovery 358 sprints will compete in their first show of the season on March 30 along with the 410 sprint cars.


March 30 will also be the first Yellow Breeches 500 event of the season for the 410 sprint cars.

Adult general admission for the March 23 sprint and late model doubleheader is set at $16 with students ages 13-20 admitted for just $10.

Keep up to all the latest speedway news and information by visiting the oval’s official website at www.williamsgrove.com or by following the track on Facebook and Twitter
Posted by Bill McIntyre at Sunday, March 18, 2018