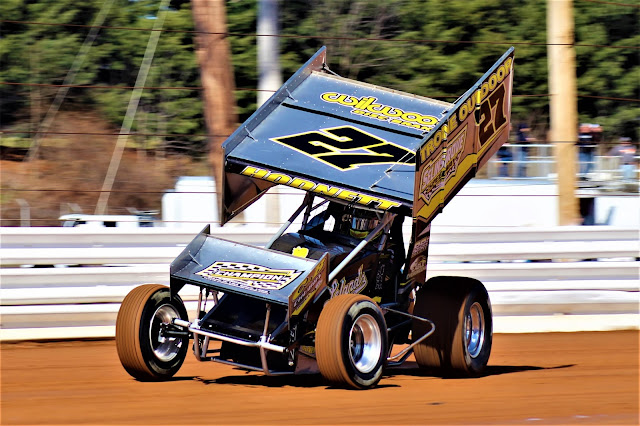 Mechanicsburg – Williams Grove Speedway is set to lift the curtain on the 2018 racing season coming up this Sunday, March 11 at 2 pm with a sprint car only program.

Featuring the Lawrence Chevrolet 410 sprint cars, the Sunday afternoon card will find the sprint car stars getting the season started with a full complement of heat races and a 25-lap feature paying $3,600 to win.

Last season, Greg Hodnett went on to claim a total of four full-blow sprint car victories at the track last season along with one URC win.

If completed, the Sunday afternoon lidlifter will be the first Sunday opener completed since back in 2008 when Fred Rahmer copped the main event.

Rahmer accumulated a total of six Williams Grove opening day victories during his storied run at the facility.

Among those winners over the years who may have had their opening day laurels considered upsets, the names may include Kahne and Opperman, along with Brian Paulus, Mike Erdley, Rick Lafferty and Kevin Collins.

Following the March 11 opener, three more race dates will fill the month of March at Williams Grove Speedaway, coming up on March 16, 23 and 30.

The super late models will join the 410 sprints on March 16 and March 23 while the HJ Towing and Recovery 358 sprints will compete in their first show of the season on March 30.

March 30 will also be the first Yellow Breeches 500 event of the season for the 410 sprint cars.

Adult general admission for the March 11 season opener is set at $15 with students ages 13-20 being admitted for just $10.

Keep up to all the latest speedway news and information by visiting the oval’s official website at www.williamsgrove.com or by following the track on Facebook and Twitter.
Posted by Bill McIntyre at Sunday, March 04, 2018