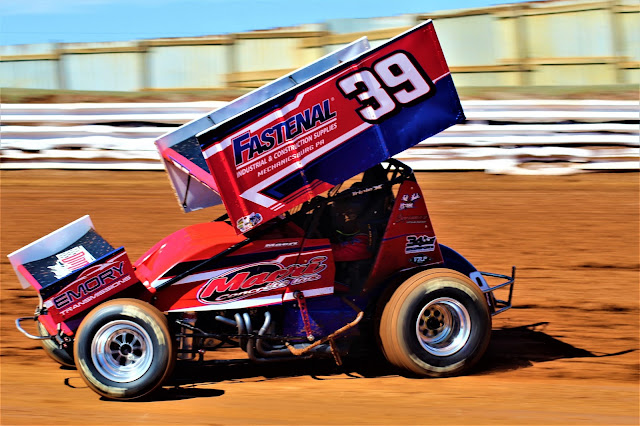 Also appearing will be the HJ Towing & Recovery 358 sprints for their first show of the season at the track.

Adult general admission for the March 30 sprint car doubleheader is set at $15 with students ages 13-20 admitted for just $10.

The Yellow Breeches 500 Series for the 410 sprint cars is a series of races held each season that pays a hefty $500 just to start the evening’s 25-lap main event.

A total of five Yellow Breeches races is slated for the historic oval this season.

The 358 sprint cars will kickoff their 12-race Williams Grove season on Friday night as well.

Last year, a total of seven different drivers scored wins in 358 sprint action at the track with no repeat winners.

Another identical show of Yellow Breeches 410 sprint action and 358 sprints is slated for Williams Grove coming up on Friday, April 6, with a starting time of 8 pm.

Mid-April will feature the first visit of the season by the Arctic Cat All Star Circuit of Champions Sprints for the annual Tommy Hinnershitz Classic on April 13.

Lucas Wolfe opened the 2018 racing season at Williams Grove with a win in the 410 sprint car division back on Sunday, March 11.

Since then, cold weather and snowfall has halted oval activity.

Keep up to all the latest speedway news and information by visiting the oval’s official website at www.williamsgrove.com or by following the track on Facebook and Twitter
Posted by Bill McIntyre at Sunday, March 25, 2018