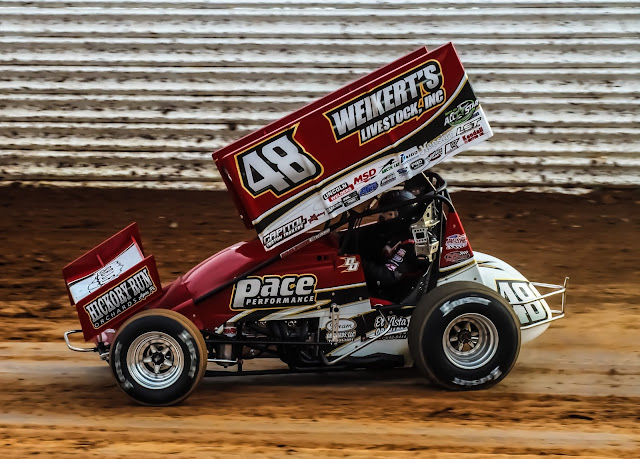 GETTYSBURG, Pa. (April 23, 2018) – Danny Dietrich’s last minute decision to travel to the Pigeon Hills on Saturday night worked out to be worth $3,500, not only conquering heat race competition from the last row, but moving on to lead all 25 laps during the evening’s main event to secure his second Lincoln Speedway victory of the 2018 season.

It was Dietrich’s 40th-career win at the “Fabulous” Lincoln Speedway, now tied with Lance Dewease for eighth on the track’s all-time wins list.

“It wasn’t on our schedule originally, but the plan to go to Lincoln instead of Port Royal Speedway worked out in our favor,” Dietrich said. “I’m proud of these guys. When our schedule changes in a hurry, I can still count on my guys to be ready to go. We are heading out to Mansfield this weekend. We’ll see what we can do.”

Before earning the victory in Abbottstown, Dietrich kicked-off his recent weekend with an eighth place finish at Williams Grove Speedway on Friday, April 20. Including his top-ten at The Grove, and his victory in the Pigeon Hills, the Gettysburg native now owns 12 top-ten finishes on the season.

Up next on the schedule,  “Double-D” Danny Dietrich and Gary Kauffman Racing will make the trek west to Mansfield Motor Speedway in Mansfield, Ohio, for the inaugural Sprint Car World Championship on Friday and Saturday, April 27-28. The weekend finale will award $100,000.

If World Championship results are less than desired on Friday, Dietrich will travel home and enter competition at Lincoln Speedway on Saturday, April 28.