Haas earns Tommy Hinnershitz start, back in the top-five at Lincoln Speedway 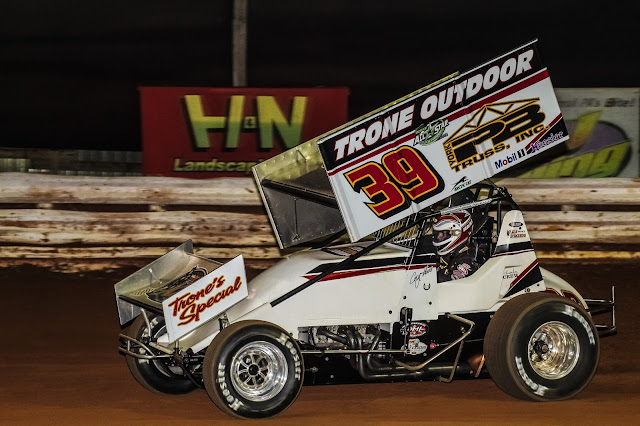 YORK, Pa. (April 16, 2018) – Cory Haas represented his Central Pennsylvania fanbase well on Friday night at Williams Grove Speedway, not only qualifying for the Tommy Hinnershitz Memorial main event against the Arctic Cat All Star Circuit of Champions presented by Mobil 1, but also earning a heat race victory in the process.

Haas, a recent main event winner at Williams Grove Speedway during weekly competition, finished 13th during the Hinnershitz Memorial finale, bettering most of the 46 cars entered for the $5,000-to-win showstopper.

Carrying his momentum over into the rest of the weekend, Cory Haas continued his recent success story by recording a top-five finish during action at the “Fabulous” Lincoln Speedway on Saturday, April 14. The former Kevin Gobrecht Memorial champion finished fourth in the Pigeon Hills which propelled his top-five total to four thus far in 2018.

“It feels good to finally have some momentum on our side,” Cory Haas explained, who pilots the Trone Outdoor Motorsports/Trone Outdoor Advertising/Eagle Evergreens/Bricker’s/No. 39 sprint car. “Earning a victory last weekend at The Grove did wonders for our confidence. Now that we have some confidence, everything else just seems to click a little bit easier. We were decent against the All Stars on Friday. With so many cars, just qualifying for the A-main is an accomplishment in itself. Even on Saturday, things were going well at Lincoln Speedway. All-in-all, I couldn’t be more pleased right now. We want to keep this rolling right into next weekend.”

Follow Cory Haas on all of the available social media networks including Facebook: https://www.facebook.com/groups/665179853507583/. Keep up with Cory Haas online at www.fullyinjected.com, as well as at www.troneoutdoormotorsports.com.