Kyle Smith takes round 2 of the Beer Hill Cup 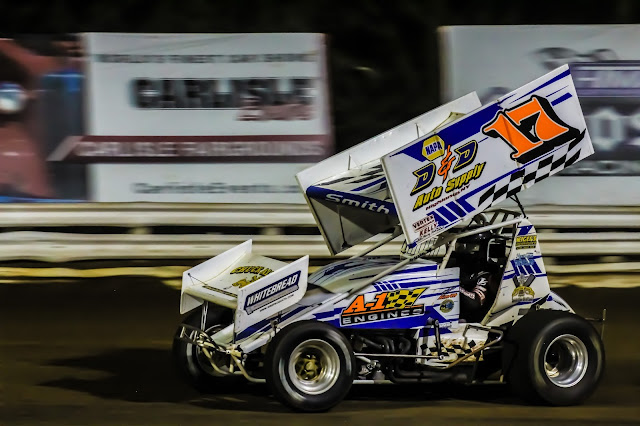 It was Beer Hill Cup race 2 Saturday night and only 26 cars were expected as cold temperatures have kept recreational racers in the garage until Saturday night, when things warmed up. 40 cars were on hand for Alan Kumpf Benefit night with PASS. Kumpf ran the number 40 which matched the unexpected car count Saturday. Many PASS teams made their first start of the season and Western PA racers eager to get started traveled to the Speed Palace.

A total of $821 was raised for Kumpf who was a part time racer for more than a decade with PASS. Kumpf Passed away recently at the age of 37 and is survived by a wife and 3 children. It was an impressive amount of generosity from the racing community once again for a driver that many people may have never met.

Four qualifying events were needed, and Austin Bishop drew the pole position after earning the draw in his heat race, unfortunately for the second race in a row at Port Royal Bishop was unable start when the teams came to the grid. Kassidy Kreitz suffered the same fate just 2 weeks before. Bishop was the leader of the Beer Hill Cup points going into the evening.

Dylan Shatzer ran a brilliant race in the middle groove while other ran the high side. Shatzer led the first four laps when Christian Rumsey took over the lead. Kyle Smith moved into position and was able to take over the lead on a lap 7 restart while Shatzer and Rumsey tried to hold off Jeff Miller Jr. through the second half of the race. Miller was able to garner a second place finish as he tried to close on Smith. A hard charging Darren Miller ran out of laps as he charged into the lead pack and was headed for the front in the closing laps settling for 3rd place.