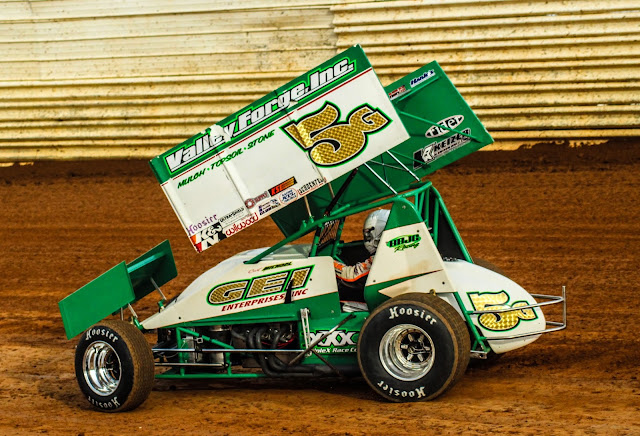 Mechanicsburg – One of the biggest shows of the season at Williams Grove Speedway is set for this Friday, May 4 when the Lucas Oil ASCS National Tour 360 c.i. sprint cars invade the track to battle with the URC Sprints in the Eleven Oaks Farm Battle At The Grove.

The Lawrence Chevrolet 410 sprints will also be on the prolific card that is definitely a can’t miss on the 2018 slate of events.

Adult general admission for the huge May 4 racing program is set at $25 with students ages 13-20 admitted for just $10.

The Eleven Oaks Farm Battle At The Grove will pit the Lucas Oil ASCS National Tour stars agains the URC stars in a clash that will go 25 laps for $4,000 to win and $400 to start.

There will be no time trials for either division.

The May 4 show will be the first ever appearance in history by the Lucas Oil ASCS 360 National Tour sprints at Williams Grove Speedway.

Many of the Grove’s regular sprint car drivers are expected to cross over during the night and compete in both the ASCS/URC ranks as well as in the 410s.

Those expected to do double duty include Lucas Wolfe, Greg Hodnett and Brock Zearfoss, among others.

Winners so far this season on the ASCS tour have been Seth Bergman, Brady Bacon and Matt Covington.

URC winners have been Josh Weller and Lucas Wolfe.

Located in Newville, Eleven Oaks Farm raises Wagyu beef, a breed that is legendary for superior flavor, texture and tenderness.

Williams Grove returns to action on May 11 with Brooks PowerSports Night when the 410 sprints tune up for the World of Outlaws invasion that is slated for May 18 and 19.

Keep up to all the latest speedway news and information by visiting the oval’s official website at www.williamsgrove.com or by following the track on Facebook and Twitter
Posted by Bill McIntyre at Monday, April 30, 2018