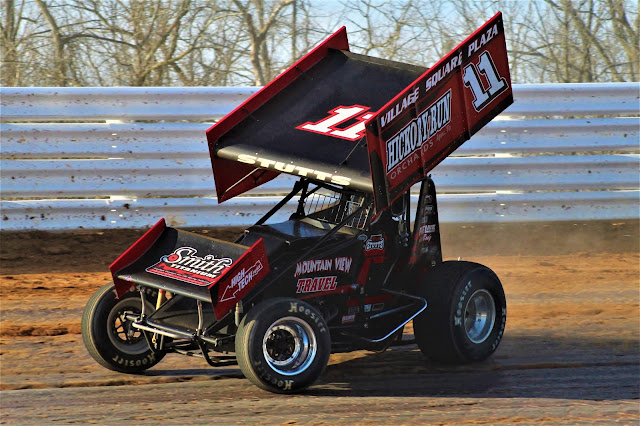 The Kauffman Classic will go 30 laps in distance and pay $5,000 to the winner.

Also on the card will be the kickoff of the 2018 Moon Shine Camo Rt. 35 Dirt Late Model Challenge Series, contested between both Port Royal and Selinsgrove Speedways.

The Moon Shine Camo Series kickoff will go 25 laps in distance and pay $2,200 to win.

All gates will open at 3 pm.

The event is presented by Locust Grove Retirement.

Kauffman, the Port Royal oval’s most prolific winner, owns a list-topping 129 career sprint car wins at the historic track along with a pair of late model victories.

A deep field of All Stars is expected to enter the event as the circuit recently released a roster of 20 drivers that are expected to follow the series in 2018.

And in fact, Blaney just scored at the track for his first win of the season anywhere in an unsanctioned event on April 7, to tune up for the big Kauffman Classic.

With a total purse worth more than $12,000 up for grabs, the Moon Shine Camo Rt. 35 Series kickoff for late models is sure to attract all the biggest stars from across the region as the series boosts an increased total event purse payout this season.

Drivers will get $225 just to start the main event.

Several thousand additional dollars have been pumped into the event purses and series-end point payout for the 2018 version of the six-race series conducted between Port Royal and Selinsgrove Speedways.

The series is comprised of six races with three being held at each speedway during the season.

Keep up to date on all the latest speedway news and information by visiting the speedway’s official website at www.portroyalspeedway.com or by following the oval on facebook and twitter.
Posted by Bill McIntyre at Monday, April 09, 2018