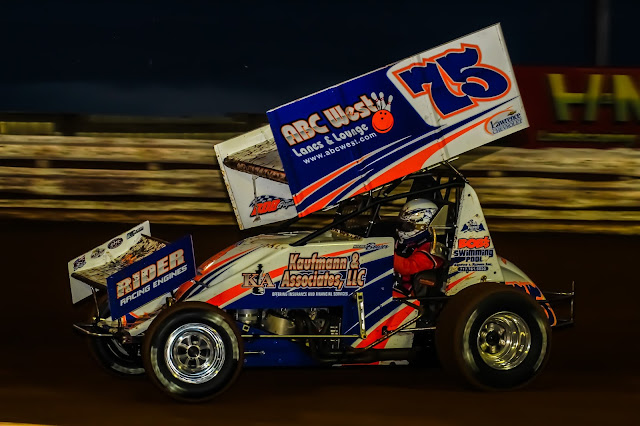 Mechanicsburg – When Williams Grove Speedway opens its gates on Friday night, April 13 to a contingent of All Stars and Pennsylvania Posse sprint car stars, it will do so in honor of one of the most recognizable names in motorsports history dating back to the 1930s.

On tap at Williams Grove on Friday will be the annual Tommy Hinnershitz Memorial, honoring the late, great racer that holds the distinction of winning the first ever race held at the brand new Williams Grove Speedway back on Sunday, May 21, 1939.

Hinnershitz won the race in what was called a “hard and heady” event to best the famed Joie Chitwood.

Hinnershitz’s death in 1999 left behind an auto-racing legacy worthy of note by any standards.

He had garnered 103 total AAA/USAC feature wins with 19 taking place at Williams Grove.

Hinnershitz set 43 AAA track records during his tenure and would compete in three Indianapolis 500s.

Adult general admission for the April 13 racing program is set at $20 with students ages 13-20 admitted for just $10.

Keep up to all the latest speedway news and information by visiting the oval’s official website at www.williamsgrove.com or by following the track on Facebook and Twitter.
Posted by Bill McIntyre at Monday, April 09, 2018