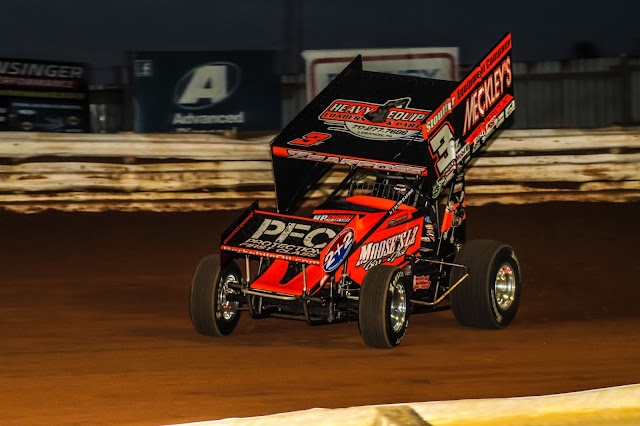 Mechanicsburg – Brock Zearfoss of Jonestown pickeup his first win of the season Friday night at Williams Grove Speedway, claiming $3,600 in the 410 sprint car feature while Chase Dietz picked up the win in the 358 sprint main event.

Invader Bill Balog of Hartford, Wisconsin, earned the pole for the 25-lap main for the 410 sprints and zoomed into command when action began.

Balog proved untouchable as the early leader, holding off Rick Lafferty and Zearfoss while running the cushion.

Sixth starter Zearfoss would take second from Lafferty on the sixth tour and begin his pursuit of the leader.

While Balog pounded the cushion, Zearfoss experimented with both the low side and the high groove as he ran down the leader.

However Balog was up to the challenge under the long green flag run that lasted until lap 20, keeping Zearfoss at bay and preventing him from getting just close enough to take a jab at the lead while holding an advantage of just over or under a half second, dependent on the lap.

But when the caution flag unfurled with five laps to go, the advantage was gone adn the restart proved to be Balog’s undoing.

When action resumed, Zearfoss threw down a deep dive into the first turn as Balog set the car in on the cushion and with that, the race had a new pacesetter.

Zearfoss came up off of the second corner with the lead after the sweeping move before driving to an advantage of 3.690 seconds at the checkers.

“The main this was to go where he wasn’t,” Zearfoss said of his strategy for the lap 20 restart.

“I didn’t know if I was gonna’ get him if we didn’t have that caution.”

“I kinda’ searched the bottom there at the beginning and knew I had something,” he said.

The win was the fourth of Zearfoss’ career at Williams Grove Speedway.

After losing the lead, Balog lost second to Freddie Rahmer on the 22nd lap when Rahmer streaked underneath but Balog returned the favor in the first corner to reclaim the spot for the finish.

Rahmer was third followed by Lafferty and Brian Montieth. 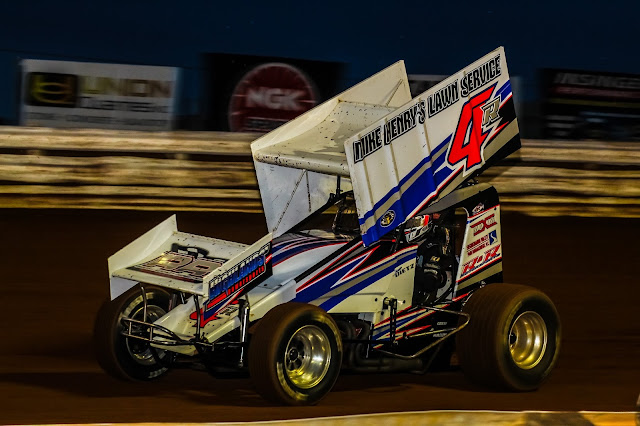 Dietz led all 20 laps of the 358 sprint main after starting on the pole.

But that’s not to say it was an easy win.

After starting fourth in the field, one time winner Kevin Nouse used a restart with two laps to go to blast from third to challenge for the win.

After wafting around Rich Eichelberger for second on the restart he immediately closed on Dietz as the pair shot down the backchute.

Nouse was able to shoot to Dietz’s inside as the pair raced through the third corner headed for the white flag but Dietz held firm on the outside and clawed his way back into control at the line.

Nouse set Dietz up for another identical move on the final lap but this time Dietz was ready and instead of entering on the cushion, Dietz set the car into the turn a lane lower, fowling up Nouse’s entry and preserving his sixth career win at the oval.

Following Dietz and Nouse across the line was Eichelberger, Jeff Halligan and Matt Findlay.