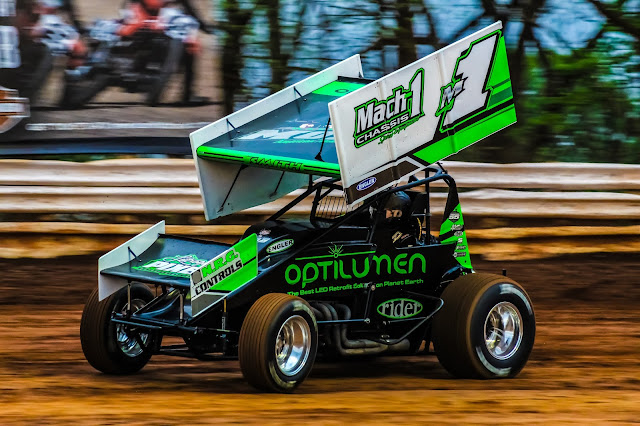 This was the first visit to the Bedford half mile for URC in 2018. Smith, a decorated veteran sprint car driver, started 7th in the main event. He finessed his way through traffic with ease, eventually catching up to Eddie Strada and making the pass for the lead on lap 17. Strada, a rookie with the club this season, started on the pole and lead every lap until Mark Smith beat Strada on a restart.

Smith pulled away from Strada until a red came out for Ryan Quackenbush flipping in turns 1 & 2 on lap 20. Quackenbush, another series rookie, was okay after the flip.

After the restart, Smith rocketed away again, while Strada slowed on the backstretch. His car ran out of fuel. In the end, it was Smith who crossed the finish line first, followed by Jason Shultz, Chad Layton, Curt Michael, and Chandler Leiby.

The scheduled show for Princeton Speedway (Princeton, WV) for Saturday, May 12th has been canceled. The Capitol Renegade United Racing Club will make their next appearance at Big Diamond Speedway (Minersville, Pennsylvania) on Friday, May 25th followed by Selinsgrove Speedway for the Gunn Memorial on Saturday, May 26th.