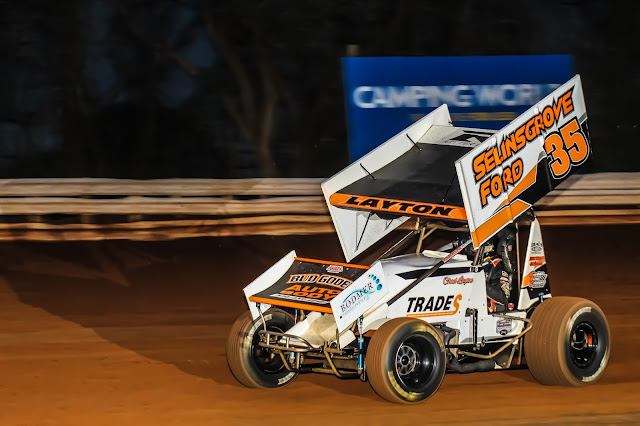 SELINSGROVE, Pa. – Selinsgrove Speedway will be back in action with a four division racing program at 7 p.m. Saturday, May 19, featuring the 360 sprint cars, super late models in the Moon Shine Camo Route 35 Challenge Series, pro stocks, and roadrunners on PEPSI Camera & Autograph Night.

Pit gates will open at 4 p.m. with grandstand gates at 5 p.m. Fans will have the unique opportunity to visit with the race teams in the speedway’s new Turn 4 pit area from 5:15 until 6 p.m. before engine starts as part of the Camera & Autograph Night promotion.

PEPSI will be giving away 30 cases of soda and other prizes to lucky fans.

The 360 sprint cars will compete in a 25-lap main event paying $2,000 to win. Three races have produced three different winners this season. Davie Franek of Wantage, N.J.; Jason Shultz of Carlisle; and Blane Heimbach of Selinsgrove have scored victories in the weekly headline open wheel division.

The pro stocks will run two 15-lap main events, one of them being a makeup from May 5. The roadrunners will round out the show with a 12-lap feature.

For a complete schedule, the latest news, results, and race status, visit selinsgrovespeedway.com or follow us Twitter and Facebook. The track office can be reached at 570.374.2266.
Posted by Bill McIntyre at Monday, May 14, 2018