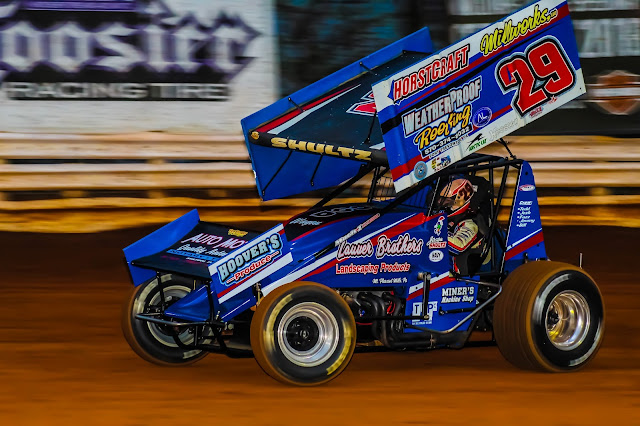 Pit gates will open at 4 p.m. with grandstand gates at 5 p.m. Qualifying is slated for 7 p.m.

PEPSI will be giving away 30 cases of soda to lucky fans as part of this weekend’s promotional night. PEPSI has been the “Official Drink of the Superspeedway of Dirt Track Racing” for more than 35 years.

The 305 sprint cars will make their first of three appearances at the track this season in a 20-lap feature.

The super late models return for their second appearance this year in a 25-lap main event paying $2,000 to win. Bryan Bernheisel of Lebanon won the late model season opener April 28.  The pro stocks will compete in a pair of 15-lap features, one of them being a makeup event from May 5.

The speedway will welcome students from area Vo Tech schools.

For a complete schedule, the latest news, results, and race status, visit selinsgrovespeedway.com or follow us Twitter and Facebook. The track office can be reached at 570.374.2266.
Posted by Bill McIntyre at Wednesday, May 09, 2018