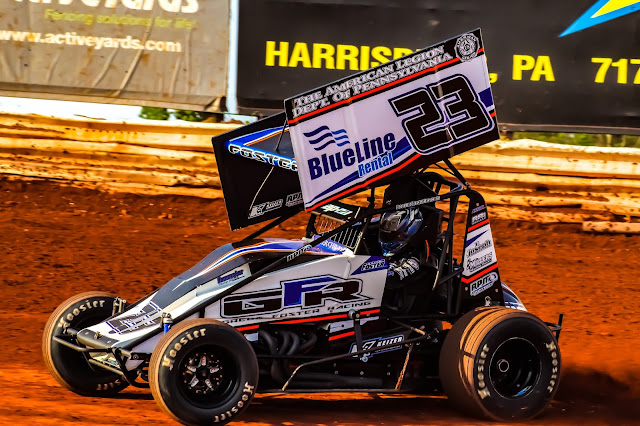 Instead, he filled up the truck with mulch and was going to get caught up on some much-needed yard work.

Then came a call from his crew chief to put a seat in his son’s car to see if it fit. Once it did, Foster figured he would dump the mulch and head to the speedway in search of a Victory Lane appearance.

It wasn’t a pretty win, but the end result was all that mattered. Foster started on the pole and led every circuit in capturing the Super Sportsman main event for a program that was delayed one day because of weather.

“This is my favorite division in the world,” Foster said. “These guys are awesome. With Justin [Foster’s son] away in the military, it gave me a chance to run with them again.

“I’m not really comfortable in this car. It’s too small … I built it for a kid, and I’m a full-sized guy. We didn’t plan on racing tonight, but Tom, my crew chief called and said we should try that other seat. So, we took it out and put it in his car, and it fit.

“So, now we had to empty all the mulch and put it on the ground. We loaded up everything and got here at 4:30. It was the same when we won in the 358, so it seems we do better when we rush around.” 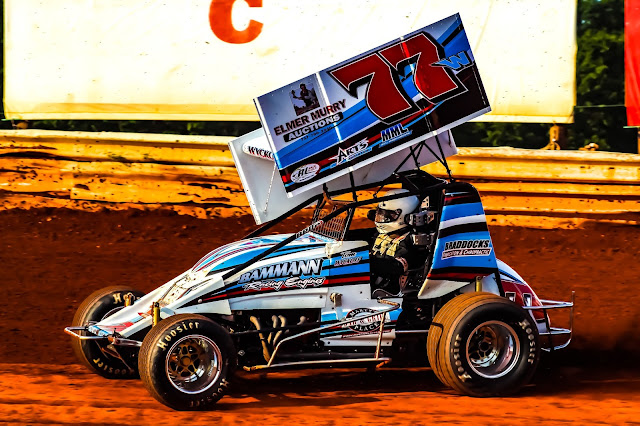 As for Foster, he wasn’t challenged over the 25-lap race distance. He beat Luke Deatrick to Turn 1 and was on cruise control … Sort of.

The Harrisburg driver struggled with tricky track conditions and barely made it to the finish to complete the win.

“That was probably not one of my better pieces of driving,” Foster said. “The track is really hard tonight, and the lighting is really dim in the corner down there. You can’t see the ruts and then you are bouncing through them.

“I hope I didn’t screw anyone up. I was bouncing around, and I don’t think I was on the ground half the time.”

Deatrick held on for second, recording his best career finish in the division. Scott Dellinger came from ninth to third, with Matt Ondek, and Davey Walsh completing the top five.

Wychoff kicked off the night by starting second in the make-up main event and taking the lead from pole-sitter Matt Ondek.

Mike Enders started sixth and carved his way into second. He chased down Wychoff after a Lap 11 caution period and started to challenge for the win in the last five laps of the event.

But Wychoff was up to the challenge. He held off Enders and collected his first career win at the speedway.

“I like those heavy tracks,” Wychoff said. “It turned out pretty well, and we’ll be back to try and get another one.”

Enders settled for second. Dellinger, who continues to lead the Super Sportsman points, came up to third, with Kenny Edkin, and Nate Young completing the top five.

In the make-up Street Stock event, Derr charged from fourth to take the lead and the eventual victory.

Randy Zechman jumped out front on the initial start before Bud Witmer took over on the second circuit. Derr passed Witmer for the point on Lap 5 and never looked back.

Mike Walls took the win in the regular 20-lap Street Stock feature, which was shortened to 16 laps after multiple cautions.

Walls started eighth on the grid and took the lead from Jason Townsend on the 10th circuit. He held off Jasen Geesaman down the stretch. Townsend, Will Walls, and Jim Palm completed the top five.