Tough luck in New York for Zearfoss; Williams Grove and Port Royal ahead 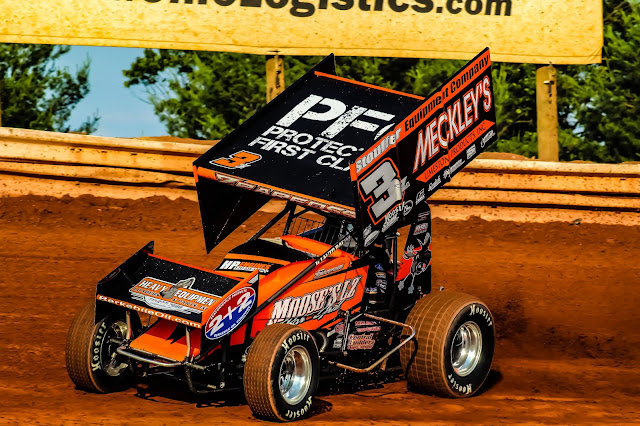 JONESTOWN, Pa. (June 12, 2018) – Although kicking off the long weekend with a fourth place run at BAPS Motor Speedway on Thursday, June 7,  Brock Zearfoss’ trip to the Empire State with the All Star Circuit of Champions was accomplished, yet disappointing, all at the same time.

After getting involved in a red flag incident during main event action at Outlaw Speedway on Friday, June 8, Zearfoss’ potential was cut short yet again on Saturday during main event action at Stateline Speedway. The “Jonestown Jet” was scheduled to start on the pole, but a stuck air bleeder in the right-rear wheel forced Zearfoss to go pit-side before the start. On a positive note, Zearfoss was able to recover in a big way after going to the tail of the field, ultimately charging ahead from 23rd to finish 12th.

Zearfoss’ New York trip ended on Sunday at Weedsport Speedway, and in similar, unfortunate fashion, all potential was cut off during the evening’s main event. After starting on the pole, an equipment malfunction while entering turn one on the initial start forced Zearfoss to spin in front of the field collecting Dave Blaney. Both drivers walked away unharmed.

“We had a lot of fun in New York. The results didn’t do us much justice, but we were quick all weekend. I wish we could do those three races all over again,” Zearfoss said, driver of the Brock Zearfoss Racing/Moose’s LZ Bar & Grill/Meckley’s Limestone/Central Builders Supply Co./Berkebile Oil Company/BAPS Auto Paint & Supply/Creekside Roofing and Siding/Bargain Barn/No. 3Z sprint car. “I can’t thank my family and my team enough for their hard work and support this weekend. We went up there and proved we have the speed to compete anywhere. We have some other big trips planned this summer. We’ll get to try again soon.”

Brock Zearfoss will continue his 2018 campaign with a pair of routine stops in Central Pennsylvania during the upcoming weekend, first visiting the famed Williams Grove Speedway on Friday, June 15, followed by a stop at the Port Royal Speedway “Speed Palace” on Saturday, June 16. Zearfoss owns main event victories at each of the Central Pennsylvania facilities.