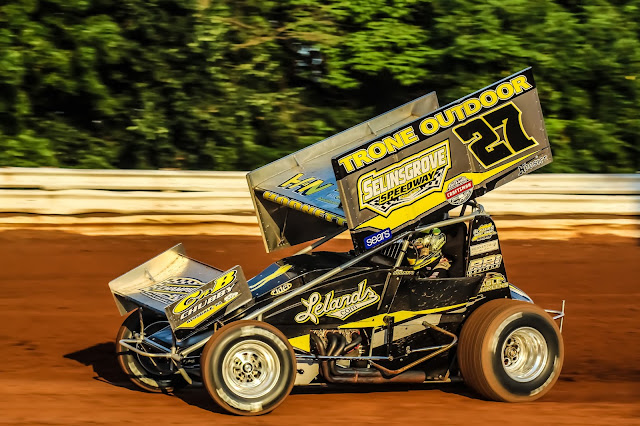 Mechanicsburg – The URC Sprints will join the Lawrence Chevrolet 410 sprint cars for an exciting night of open wheel racing coming up this Friday night, July 27 at 8 pm.

The appearance by URC will be the first stand-alone show of the season for the circuit although it did co-sanction an event with ASCS at the Grove in May.

And in fact Hodnett has been the man to beat of late in 360 c.i. powered sprint car action going back three years or more.

The Spring Grove driver has won six of the last eight appearances by URC at Williams Grove dating back to 2015.

The only two drivers to break up his domination of the 360 ranks at the oval have been Davie Franek in 2016 and Mark Smith in 2017.

Hodnett took three of four oval shows in 2016 that saw him run out a string of four in a row dating to 2015 and he currently has two in a row racked up dating to last season.

All of Hodnett’s URC wins at Williams Grove have come at the wheel of Mike Heffner’s No. 27.

This season in 410 sprint action, Hodnett has won once at Williams Grove Speedway and he will be looking to add to both his 410 and 360 oval win tally when action resumes on Friday night.

Hodnett and company will compete in a 25-lap main for the 410 sprints on Friday night while he and other 360 drivers race for $1,500 to win in the 25-lap URC sprint feature.

Keep up to all the latest speedway news and information by visiting the oval’s official website at www.williamsgrove.com or by following the track on Facebook and Twitter
Posted by Bill McIntyre at Monday, July 23, 2018