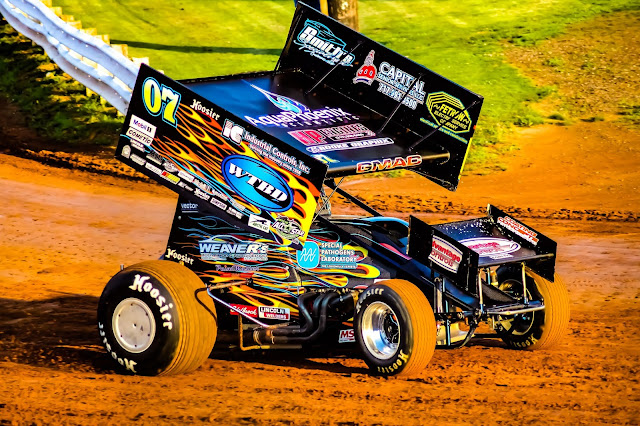 Presented by Union Quarries, the Jack Gunn Memorial Twin 20s will each pay $4,000 to win out of a total per feature purse worth over $20,000 each.

The All Stars will be led into town by their own version of “The Big Three,” locked in a battle for the 2018 All Stars point title.

All within just a few points of one another, Clute, Texas driver Aaron Reutzel currently sits atop the point standings followed closely by Lemoore, California’s Carson Macedo and Findlay, Ohio’s Chad Kemenah.

That trio plus many more invaders will gather to do battle with the Pennsylvania Posse in this week’s Twin 20s.

This week’s twins will be the first contested at the track since 2015.

The All Stars themselves did race at Williams Grove earlier this season in April in the Tommy Hinnershitz Memorial Classic that was taken by Lance Dewease.

Friday’s event itself is named for and run in honor of late Hall of Fame Promoter Jack Gunn, who promoted the speedway from 1967 until his untimely death from cancer at the age of 48 in 1980.

The Friday All Stars Gunn Memorial Twin 20s special will be another event in the 2018 Diamond Series at Williams Grove Speedway.

The track will honor another Hall of Fame inductee one week later, on August 31 with the Al Hamilton Tribute race, honoring the soon-to-be 90 year old former car owner and his famed No. 77 sprint car.

Several former Hamilton drivers will be in attendance for a pre race autograph session and a live broadcast on Beer Hill Gang TV from 5:45 to 7 pm.

Keep up to all the latest speedway news and information by visiting the oval’s official website at www.williamsgrove.com or by following the track on Facebook and Twitter
Posted by Bill McIntyre at Monday, August 20, 2018