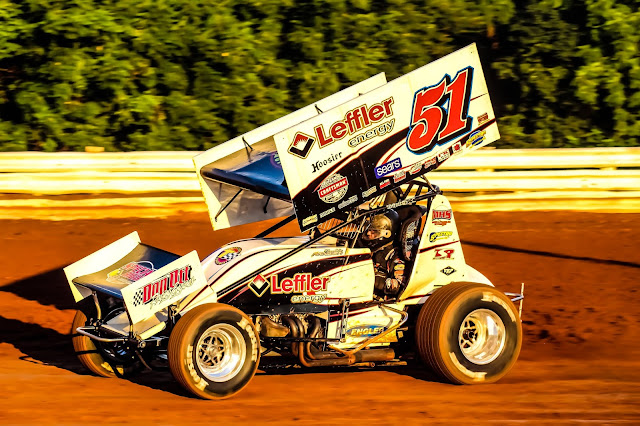 MECHANICSBURG, PA – Freddie Rahmer drove by Kyle Larson in lapped traffic and on to win the first 20-lap main event Friday night at Williams Grove Speedway as part of the Jack Gunn Memorial sanctioned by the All Star Circuit of Champions.

Jim Siegel inherited the lead when Chad Trout had trouble in lapped traffic and held off Tony Stewart to win $4,000 in the second main event.

The All Stars have never beaten the Williams Grove regulars in a sanctioned race pushing their record to 35-0.

Rahmer’s second career All Star win was worth $4,000. It was his second Grove win of the season.

“I knew once we got the lead it was a long way from over,” Rahmer said referring to Larson. “We weren’t bad after the restart. I wasn’t cutting the corners like I wish I was. Then we got to lapped cars and made a couple good moves that probably kept him just far enough away to get it done.”

“The whole night it wasn’t turning in like I needed it to,” Rahmer said. “We changed the car and I knew after the first lap or so, we were going to be okay. The car was night and day different.”

Larson and Grandview winner and All Star point leader Aaron Reutzel shared the front row. Reutzel got the jump, but the yellow flew when Jac Haudenschild hit the second turn fence.

Larson streaked away on the second start as third starting Rahmer passed Reutzel for second.

Larson led by 2.663 seconds with four laps completed. He reached slower traffic with six down and Rahmer closed. Larson went to the bottom to try and lap cars as they raced into turn one. Rahmer shot by on the outside taking the lead with 11 laps to go.

Larson stayed right with Rahmer as Chad Trout slowed bringing out the yellow two laps later getting the leaders out of traffic.


“I wanted to see the caution because the track’s pretty fast and you could easily get yourself in trouble there,” Rahmer said. “The yellow definitely helped us. Get us into clean air. Ever since the middle of Speedweek, we’ve been driving better and the car is a little bit better. Everything is going good. We’re still not where I think we’re capable of being. We’re close anyway.” 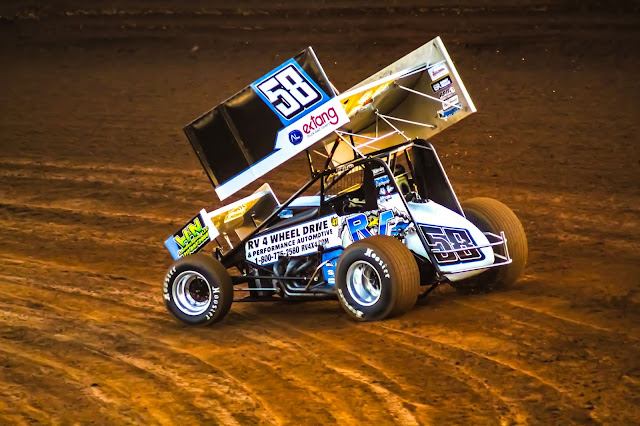 An inversion of all lead lap cars was used for the second 20-lap main event putting Danny Dietrich on the pole and Chad Trout second.

They traded the lead twice in the opening lap with Trout securing the top spot over Dietrich and Jim Siegel.

Close racing in the first turn on the restart resulted in Dietrich spinning up across the turn and into the fence.

At the half-way point, he led by 3.037 seconds and reached slower traffic.

That traffic cost Trout on the frontstretch on lap 11 as contact with Tyler Esh caused him to spin bringing out the yellow.

That handed the lead to Siegel over Stewart and Blaney. He controlled the restart and one more lap was completed before Brandon Spithaler slowed with seven laps to go.

Siegel won by 1.118 over Stewart for his first career All Star win and first Grove win in six seasons.


“It’s amazing,” Siegel said. “We built a couple different racecars just trying to get me comfortable. This is a brand new RPM Chassis. First night on it. It feels great to park it in Victory Lane. It’s my
first All Star win. It’s something I’ve been after for a long time. My dad won one here back in ’96. He really loved following the All Stars and it means a lot to me to get an All Star win.”