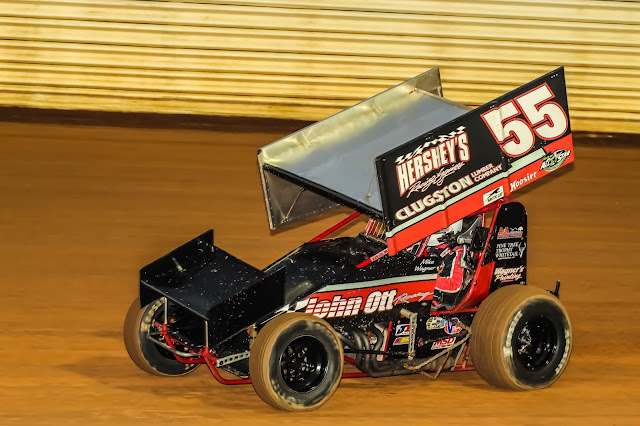 A candy scramble for kids ages 12 and under will take place in the infield immediately following warm ups.

All senior citizens ages 62 and older will be granted $10 general admission for the show.

The Port Royal USAC East Wingless Sprints show at the track will be the seventh, and final show of the overall season for the virgin series.

Steve Drevicki of Reading currently leads the 2018 series points with two wins to his credit.

Other winners to date this season have been Joey Biasi Jr., Eddie Strada, Ryan Godown and Coleman Gulick.

The 2018 USAC East Wingless champion will attend the annual USAC banquet in Indianapolis, Indiana, to accept their laurels.

As part of the Port Royal finale for the USAC East Wingless Sprints on Saturday, “Captain Crunch,” Paul Pitzer will be on hand at the event to pace the sprint feature field.

Long retired, Pitzer was victorious in numerous USAC events during his career in the 1970s.

Keep up to date on all the latest speedway news and information by visiting the speedway’s official website at www.portroyalspeedway.com or by following the oval on facebook and twitter.
Posted by Bill McIntyre at Monday, August 20, 2018