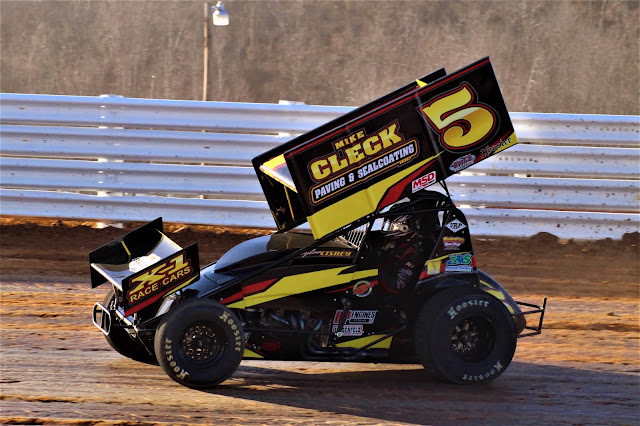 The Weikert's Livestock 410 sprints will also be on the racing card, competing in a $4,000 to win main event along with a feature for the Juniata Junction xtreme stocks to close out the night.

The World of Outlaws Late Models will compete in a 40-lap, $10,000 to win affair that will include a match up with Port Royal’s own River Valley Builders late model stars like point leader Dylan Yoder along with Jeff Rine, Andy Haus, Mike Lupfer and more.

A host of professional World of Outlaws Late Model drivers will invade Port Royal Speedway for the big show.

Previous World of Outlaws Late Models winners at the track have been Darrell Lanigan in 2007, Clint Smith in 2008 and Brandon Sheppard in 2017.

Adult general admission for the show this Saturday is $27 with students ages 12 – 18 admitted for $10.

With four weeks to go in the battle to be 2018 track champions, the point battle at the track is about as tight as it could be in both the sprint car and late model standings.

Greg Hodnett now leads Logan Wagner in the 410 sprint points by just 75 points after Hodnett missed a race on August 4.

Dylan Cisney is just 95 points out of the lead and Mike Wagner is behind by 120 markers.

In the super late model point title chase, Dylan Yoder holds a 45 point margin over Jeff Rine while a title for either driver would be a career first at the oval.

Mike Lupfer is currently 125 points out of the point lead, sitting in third.

Keep up to date on all the latest speedway news and information by visiting the speedway’s official website at www.portroyalspeedway.com or by following the oval on facebook and twitter.
Posted by Bill McIntyre at Monday, August 13, 2018