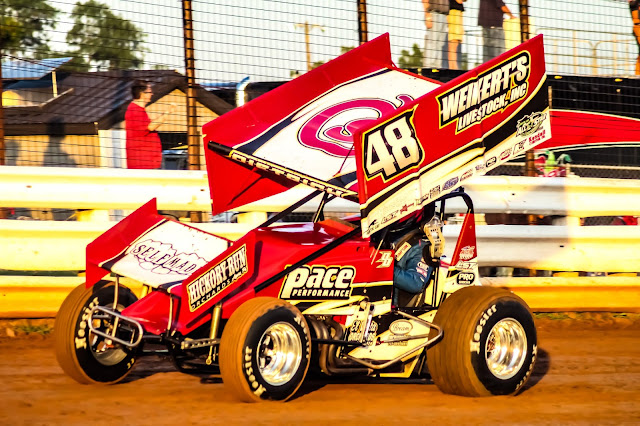 FOR IMMEDIATE RELEASE
Mechanicsburg – After a week off on September 7, Williams Grove Speedway will return with a busy month of September racing action, beginning on Friday, September 14.

The September 14 racing program will feature a Dirt Classic Qualifier for the Lawrence Chevrolet 410 sprint cars paying $5,000 to win as part of the 2018 Hoosier Diamond Series.

The winner of the Dirt Classic Qualifier will earn a guaranteed starting spot in the upcoming Lincoln Speedway Dirt Classic.

September 21 will find the track in action with Brooks Powersports World of Outlaws Tune Up Night for the 410 sprints as the field preps for the following week’s National Open action.

The 358 sprints will also be on the program and will compete in their final point race of the season.

And then the big one, the World of Outlaws Champion Racing Oil National Open hits the track on Friday and Saturday, September 28 and 29 with the Saturday finale paying $56,000 to win.

The oval will close out its season on Friday, October 5 with a first-ever IMCA Keystone RaceSaver 305 sprint Interregional Challenge at the track along with a final show for the 410 sprints.

Keep up to all the latest speedway news and information by visiting the oval’s official website at www.williamsgrove.com or by following the track on Facebook and Twitter
Posted by Bill McIntyre at Tuesday, September 04, 2018