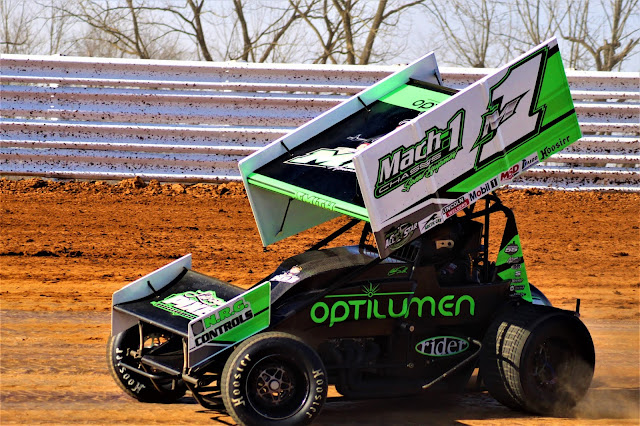 Coleby Frye of Dover wired the field in the $3,000 to win 30-lap super late model main event and set a new track record for the distance in 10:39.47. The victory was Frye’s third of the season and 20th of his career at the Snyder County half-mile oval.

Brandon Moser of Middleburg also set a new 15-lap pro stock track record in 6:01.17 with his third win of the year.

Mark Smith of Sunbury rocketed to his fourth win of the year at Selinsgrove and 14th overall in 2018 in the 30-lap, $3,000-to-win Patriot Sprint Tour-sanctioned 360 sprint car race.

Ryan Zook of Mifflintown came from the rear of the field to record his sixth win of the season in the 12-lap roadrunner race.

Through the coordination of late model driver Nathan Long of Selinsgrove, the Juvenile Diabetes Research Foundation (JDRF) fundraiser at the track generated $2,628.

The next race at Selinsgrove Speedway will be the Arctic Cat All Star Circuit of Champions Jim Nace Memorial/36th Annual National Open for 410 sprint cars presented by B&R Lawn Care at 7 p.m. Saturday, Sept. 15. The 35-lap main event will pay $10,000 to win and $600 to start out of the $35,000 purse. There will be no racing at the track on Saturday, Sept. 8.

In the 360 sprint car feature, second-place starter Mark Smith pulled into the lead at the drop of the green flag. The caution flag came out immediately as 2018 track champion Davie Franek’s car rolled to a stop on the frontstretch and could not rejoin.

On the second attempt, polesitter Chad Layton edged out Smith into the first turn only to have Smith storm into the lead racing out of turn four on the first lap. On the second circuit, the red flag waved when Cody Keller flipped hard in turn three. Keller escaped injury.

On the restart, Smith held the field at bay with Layton in second and seventh-place starter Jason Shultz on the move in third. Jordan Thomas, who started 10th, and eighth-place starter Derek Locke moved into the top five.

On the 13th lap, Thomas took a wild flip in the same spot as Keller in turn three. Thomas also walked away uninjured.

In the second half of the race, Smith soared around the half-mile as Shultz pressured Layton for the runner-up position. Shultz moved into second on lap 15 and started to catch Smith while Layton, Locke and ninth-place starter Ryan Taylor raced in the top five.

Shultz appeared to be in contention to challenge Smith for the lead and win to no avail. Smith took the checkered flag as Shultz settled for second followed by Layton, Locke, and Taylor in the top five.

Front row starters Coleby Frye and Andy Haus drag raced into the first turn for the early lead in the super late model feature. When Haus bobbled on the high side Frye horsepowered his way into the front spot. By the third circuit, the field started to sort out with Frye leading fourth-place starter Gene Knaub, third-place starter Dan Stone, Haus, and fifth-place starter Jeff Rine.

At the halfway point, the leaders started to navigate their way through slower traffic in what would be a non-stop event at a blistering pace. On several occasions, Knaub would reel in Frye in traffic.

With two laps to race, Frye steered around a group of slower cars and was able to distance himself from the rest of the lead pack. At the finish, Frye was victorious over Knaub, Haus, Stone, and Rine.

Polesitter Kyle Bachman and second-place starter Brandon Moser dueled for the lead at the start of the pro stock feature. Moser edged out Bachman with an inside pass entering turn three on the first lap and never looked back.

At the halfway point, Bachman started to close in on the leader again as fourth-place starter AJ Hoffman and third-place starter Shaun Lawton raced for the third spot.

At the checkered flag Moser was victorious by about five car lengths over Bachman and set a new 15-lap track record for the division. Hoffman, Lawton, and Cory Long rounded out the top five.

In the roadrunner race, second-place starter Bob Bussey pulled into the early lead only to have polesitter Will Brunson drive into the front spot racing through turns three and four on the first circuit.

On a lap four restart, Brunson held the lead but the caution unfurled again when third-place runner Ryan Zook lost the handle in turn two and was able to rejoin at the back of the pack.

When the race resumed, Brunson continued to lead with sixth-place starter Smith Cope in pursuit. During a lap eight caution flag, Brunson withdrew from the race with mechanical issues and Cope inherited the lead.

In the final laps Zook worked his back through the pack and challenged Cope for the lead and win. Zook got by Cope on the backstretch on the 11th lap when Cope spun in turn three. For the final chase to the checkered flag, Zook drove to victory over Toby Chase, Ken Schreffler, and Tom Underwood.