Tidy Tuscarora Tidbits To Toss Together 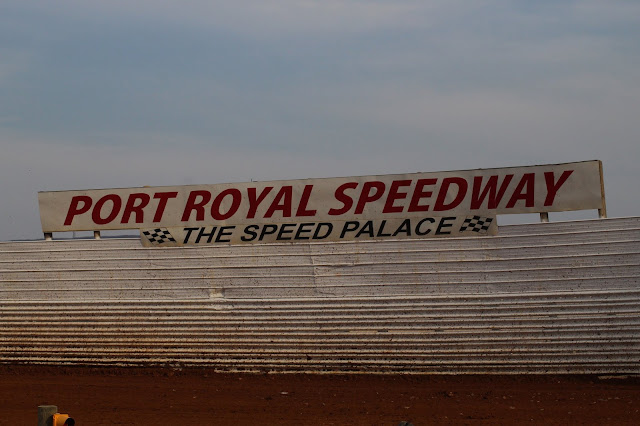 This Friday and Saturday night at Port Royal Speedway will be one of the biggest sprint car races in the country with both nights sanctioned by the All Stars Circuit of Champions Sprints.  Saturday night’s 51st annual Tuscarora 50 for sprints will pay 51,000 to win out of a total purse worth more than $106,000.  Friday night action will find the All Stars sprints competing in a 30-lapper for $5,000 to win.  Friday’s show is presented by former area promoter Tedd Reitz while Saturday’s 50 is sponsored by Packer’s Concessions and Ramsey’s Car Wash & Garage.

And You Pay How Much ~

Down To The Wire ~

Both nights of Tuscarora 50 action will be carried live on SpeedShift TV while Saturday’s Tuscarora 50 itself will be taped for airing in October on MAV TV.

Sprintcarunlimited.com is paying $500 as the Fast Time Award in the Saturday 50.  Packer’s Concessions will pay $200 for fast time on Friday night.

Get There On Time ~

Record To Be Broken ~

If Lance Dewease can somehow win the Tuscarora again on Saturday night in the Don Kreitz No. 69K, it will make Kreitz the winningest car owner in Tuscarora 50 history with six under his belt.  He is currently in a tie with other five-time owner winners Al Hamilton and Bob Weikert.  Kreitz got three as an owner/driver and currently has a pair with Dewease as driver.

Some 2000 free MAV TV lanyards will be given to fans as they enter the gates starting at 3 pm on Saturday.

Just How Many Is The Question ~

Last year whopping fields of sprint cars numbering in the mid 60’s entered action both nights.  Fields numbering in at least the 50’s seem reasonable to expect for this year.

Acres and acres of free parking will be around the event this weekend.  The usual large field located outside the fairgrounds at the end of eighth street will be open as usual and acres of additional free parking will be opened up for the weekend located at the end of Cross Street, which is a few blocks from the track, off of Eighth St.  School busses will be helping shuttle fans to and from parking areas on Saturday night.