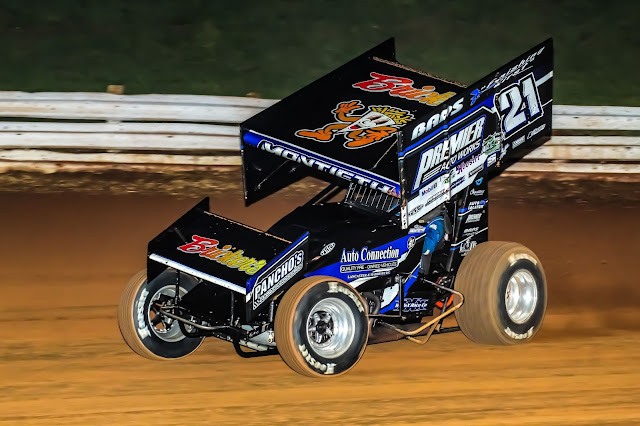 FOR IMMEDIATE RELEASE
Mechanicsburg – Williams Grove Speedway will host a fantastic night of sprint car racing coming up this Friday, September 21 at 7 pm including full racing programs for the both the 410 and 358 sprints plus a make-up feature for both divisions on Brooks Powersports Night.

And there will be no increase in the previously posted admission price for the valuable and exciting racing event!

The regular program will feature the Lawrence Chevrolet 410 sprints in a World of Outlaws tune-up event paying $4,000 to win as the local sprint cars ready themselves for the following week’s World of Outlaws National Open events.

A regular World of Outlaws format will be used to set the heat and feature starting grids for the 410 sprints.

The race will be the final installement in the 2018 Hoosier Diamond Series at the track in which Greg Hodnett is the point leader.

The HJ Towing & Recovery 358 sprints will also compete in a regular program of heats and a 20-lap main event.

In addition, two make-up features held over from September 14 will also be contested during the night.

The 410 sprints will race in the 30-lap Al Hamilton Tribute Dirt Classic Qualifier paying $5,0777 to the winner, also a Diamond Series event.

The 358 sprints will race a make-up from September 14, spinning off a Summer Series event boasting an increased purse.

Because of the full slate of racing planned for the night, starting time has been moved to 7 pm.

Before the rains on September 14, as the 410 sprint Hamilton Tribute feature began, second starter Greg Hodnett had taken the lead while fourth starter Lance Dewease raced up to second.

But before the entire first lap could be completed, a seven-car fracas unfolded in the fourth turn involving the cars of Adam Wilt, Chase Dietz, Jim Siegel, Jared Esh, Kyle Moody, Freddie Rahmer and Cory Haas.

And then while awaiting a return to action following accident clean up, persistent and moderate rainfall soaked the track, forcing postponement of the balance of the night’s racing.

Keep up to all the latest speedway news and information by visiting the oval’s official website at www.williamsgrove.com or by following the track on Facebook and Twitter.
Posted by Bill McIntyre at Monday, September 17, 2018