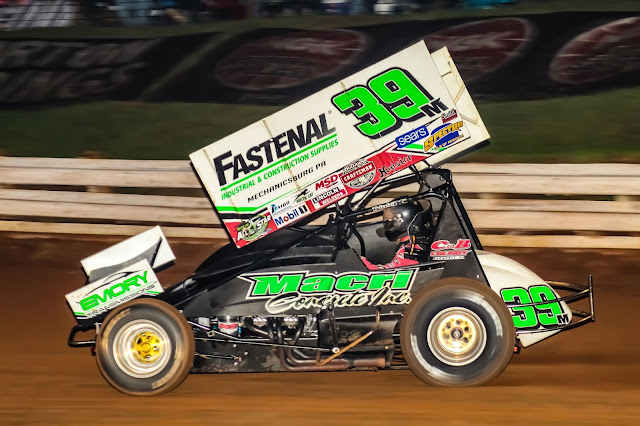 Mechanicsburg - The upcoming season at Williams Grove Speedway finds the track celebrating its 80th anniversary while celebrating 75 consecutive seasons of auto racing with a 31-date slate of events.

The 80th anniversary of the track will be showcased on varying occasions during the new season with special pre-race events greeting fans with a focus on driver and fan interaction.

Several autograph sessions are planned for select events while hundreds of commemorative 80th anniversary Williams Grove Speedway Posse towels will be handed out to general admission fans at each of three World of Outlaws Tune Up races slated for May, July and September.

The facility itself has been busy preparing for the new season ahead with work beginning shortly after the last checkered flag fell in 2018.

New clay was added to the speedway surface late in 2018 in an effort to continue great racing action on the best surface possible.

Safety concerns were pushed to the forefront once again during the 2018 season and to that end, Williams Grove Speedway continues to evaluate the facility for areas where increased safety measures can be instituted.

With that in mind, impact protection devices have been installed around the track for the 2019 racing season.

In addition, the oval anticipates making improvement to the backstretch grandstand seating areas by installing handrails to aid spectators in traversing the structure.

Also underway is a revision of the speedway’s official website located at www.williamsgrove.com.

Courtesy of Williams Grove Speedway and Hoosier Tires, Hoosier giveaways are slated for the season lidlifter for both fans and racers alike.

Keep up to date on all the latest speedway news and information by visiting the oval’s official website located at www.williamsgrove.com or by following the track on Twitter and Facebook.
Posted by Bill McIntyre at Sunday, February 10, 2019