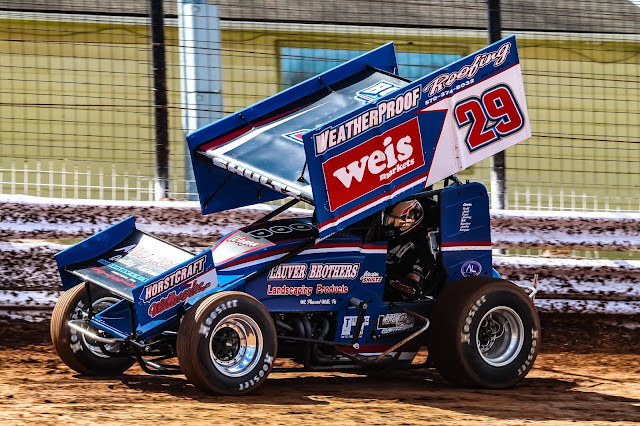 Mechanicsburg - After a successful 2019 opening day event on March 17 that saw Lucas Wolfe take the win, Williams Grove Speedway will return to action with its first race of the season under the lights coming up this Friday night, March 22 at 7:30 pm when it hosts the Lawrence Chevrolet 410 sprint cars and the season opener for the Ultimate Late Model Series.

Gates will open at 5:30 and it will be ARCH Night at the track.

The ULMS late models show at Williams Grove should be the first event of the year in the area for the mud-slinging, unbridled, wide open stock cars and as such, a great field of stockers should be in action.

The 2019 ULMS Late Models season kickoff at Williams Grove Speedway will mark the first time that the series has ever competed at the oval.
Jason Covert is the most recent driver to claim a late model main at the track, dating to last June.

A host of top traveling and local late model powers will be chomping at the bit to get their 2019 season underway at Williams Grove on Friday.

Blair is the defending ULMS series champion having taken 10 series wins in 2018.

Local drivers too will be looking to get that first 2019 race in the books including Dylan Yoder, Jason Covert, Bryan Bernheisel and Coleby Frye.

Others who have confirmed attendance include Andy Fries, Alex Ferree, Kyle Lee and Tyler Bare.

Some 40 late model teams are currently registered for the ULMS event.

Gary Stuhler is the leading active driver on the oval all time late model win list with 22 victories while Bobby Goodling sits atop the list with 36.

Adult general admission for the March 22 ULMS Late Models and sprint car show is set at $18 with youth ages 13-20 admitted for just $10.  Kids ages 12 and under are always admitted for FREE at Williams Grove Speedway.

Keep up to date on all the latest speedway news and information by visiting the oval’s official website located at www.williamsgrove.com or by following the track on Twitter and Facebook.
Posted by Bill McIntyre at Monday, March 18, 2019