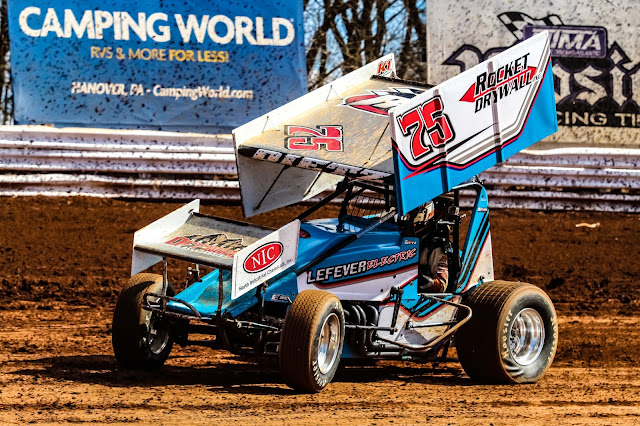 Mechanicsburg – Williams Grove Speedway will try again to get its first night race of the season in the books coming up this Friday, March 29 at 730 when it hosts the Lawrence Chevrolet 410 sprint cars and the ULMS Late Models.

The ULMS Late Models show was originally slated for March 22 but was lost to weather so the super lates along with the ULMS touring stars will return to Williams Grove for another try on Friday.

Adult general admission for the March 29 ULMS Late Models and sprint car show is set at $18 with youth ages 13-20 admitted for just $10.  Kids ages 12 and under are always admitted for FREE at Williams Grove Speedway

Just like last week, a stout field of super late models is expected to be in action on Friday night as the season is young and drivers and teams are anxious to get that first race of the season in the books.

Friday’s program will mark the first time that the ULMS series has ever competed at the oval.


Jason Covert is the most recent driver to claim a late model main at the track, dating to last June.

Following the March 29 program, April finds the track racing first on Friday, April 5 when another first will take place at the track as the first ever visit by the USAC East wingless 360 sprints will take place.

As the season opener for the touring circuit, the USAC East sprints will compete along with the 410 sprints on April 5, again with a 7:30 pm starting time and gates opening at 5:30.

Keep up to date on all the latest speedway news and information by visiting the oval’s official website located at www.williamsgrove.com or by following the track on Twitter and Facebook.
Posted by Bill McIntyre at Monday, March 25, 2019