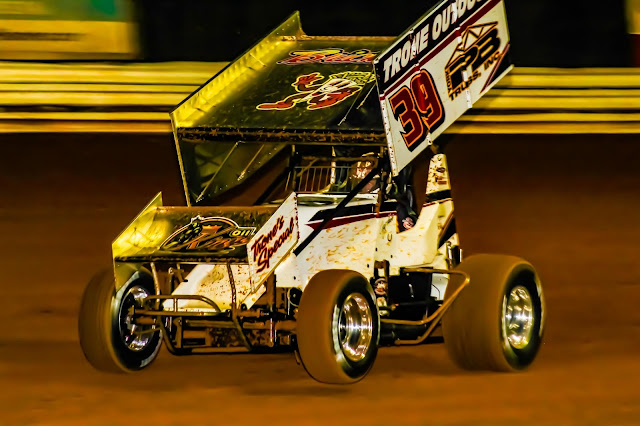 Mechanicsburg - Super late model racing is no stranger to the history of Williams Grove Speedway as the mighty stock cars were once a weekly division at the track.

And anytime the super late models get to return to the giant oval these days, stock car fans get a treat and such a treat lies in store coming up on Friday night, March 22 at 7:30 pm when the Ultimate Late Model Series kicks off its 2019 campaign at no where else than Williams Grove Speedway.

The 2019 ULMS Late Models season kickoff at Williams Grove Speedway will mark the first time that the series has ever competed at the oval.

The 410 sprints will also be on the March 22 racing card, the first show to be held under the lights at Williams Grove in 2019.

A host of top traveling late model powers will be chomping at the bit to get their 2019 season underway at Williams Grove, many if not most of them ready to race in their first event of the season anywhere.
Among those expected to be in the field are travelers Max Blair, Centerville; Mike Wonderling, Wellsville, NY.; Mike Pegher, Cranberry Twsp.; Michael Lake, Uniontown; Jake Weaver, Corsicas; and Al Brewer, Belfast, NY.

Blair is the defending ULMS series champion having taken 10 series wins in 2018.

Local drivers too will be looking to get that first 2019 race in the books including Dylan Yoder, Jason Covert, Bryan Bernheisel and Coleby Frye.

Covert won the only late model race to be completed at Williams Grove last season.

Gary Stuhler is the leading active driver on the oval all time late model win list with 22 victories.

Gates for the big March Friday night program at Williams Grove Speedway are slated to open at 5:30 pm with late model time trials slated for 7:30 pm.

Adult general admission for the March 22 ULMS Late Models and sprint car show is set at $16 with youth ages 13-20 admitted for just $10.  Kids ages 12 and under are always admitted for FREE at Williams Grove Speedway.

Keep up to date on all the latest speedway news and information by visiting the oval’s official website located at www.williamsgrove.com or by following the track on Twitter and Facebook.
Posted by Bill McIntyre at Monday, March 11, 2019