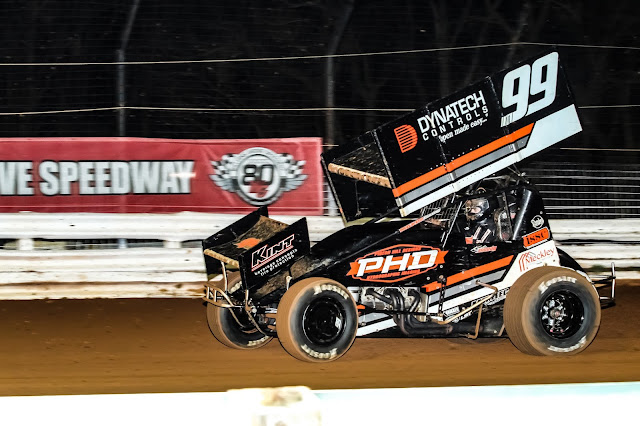 Mechanicsburg – The season debut of the HJ Towing & Recovery 358 sprint cars is on tap this Friday night, April 26 at Williams Grove Speedway when the Lawrence Chevrolet 410 sprints also compete.

Gates for the show will open at 6 pm with racing slated for 8 pm.

Adult general admission is set at $16 with youth ages 13-20 admitted for just $10.  Kids ages 12 and under are always admitted for FREE at Williams Grove Speedway

Courtesy of Hoseheads.com, the first 200 kids ages 12 and under entering the speedway through the main grandstand admission gate will receive a FREE chocolate Easter bunny.

To help celebrate the Easter holiday, the Hoseheads.com hoppers giveaway at the gate will begin when gates open at 6 pm however from 6:30 to 7, sprint car drivers Ryan Smith and Cory Haas will be on hand to help hand out the chocolate while also meeting fans.

For the 410 sprint cars, the Friday event will be the first Yellow Breeches 500 race of the season, paying $500 just to start the 25-lap main event.

It will be just the third race of the 2019 season thanks to several rainouts to date.  Lucas Wolfe and Danny Dietrich have been the only 410 sprints winners at the track so far this season.

The 358 sprints will hit the track Friday for their first show of the season with nine more appearances slated throughout the year.

Kevin Nouse is the defending 358 sprint track titlist after taking a trio of wins last year.

May 3 will find the Lucas Oil ASCS National Tour 360 sprints and the URC 360 sprints combine as the second running of the Eleven Oaks Farms Battle Of The Groves takes center stage.

The Battle Of The Groves event at Williams Grove will pay out a total purse of nearly $20,000 for the ASCS/URC 360 sprints 25-lap main event.

Keep up to date on all the latest speedway news and information by visiting the oval’s official website located at www.williamsgrove.com or by following the track on Twitter and Facebook.
Posted by Bill McIntyre at Monday, April 22, 2019