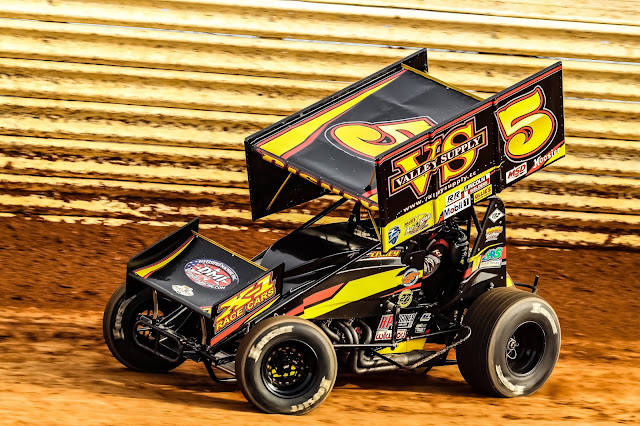 This will be the first of 3 Open Wheel Madness nights this season at ‘The Speed Palace’ and will feature the Weikert’s Livestock 410 Sprint Cars, the URC 360 Sprint Cars and the Penns Valley Meat Market Pennsylvania Sprint Series IMCA 305 Sprint Cars.

Danny Dietrich will be looking to park it in victory lane for the second consecutive week over a great field of competitors as well as new series point leader and defending track champion Logan Wagner will be vying for his first win of the season.

Drivers in the Weikert’s Livestock 410 Sprint Car division will be competing for a higher than normal $4000 winners share and will be utilizing a different format that will include dual heats, with passing points being rewarded to help set the night’s feature lineup.

This will be the URC 360 Sprint Cars first visit to the track for 2019 and the drivers will be vying for a $2000 winner’s share. Coming into the race, the current series point leader is Chad Layton, over Josh Weller, Jason Shultz, Curt Michael and Davie Franek.  Expect a large field that may include several drivers form the 410 - division doing double duty for the night.

Finally, the by Penns Valley Meat Market Pennsylvania Sprint Series IMCA 305 Sprint Cars will make their second visit to the speedway for the season. Ken Duke Jr. picked up the win earlier this month in their first visit and will be looking to add to an impressive season that has him already collecting multiple series victories at various tracks.

As an added bonus to fans attending the nights races it will also be $1 hot dog night. And as a way of raising funds to support Cancer awareness, the speedway will donate it’s share of the night’s 50/50 proceeds to benefit the cause.