Williams Grove ASCS/URC Battle At The Groves Is Two Weeks Away Cream Of The 360 Sprint Crop To Converge On Oval For $20,000 Event 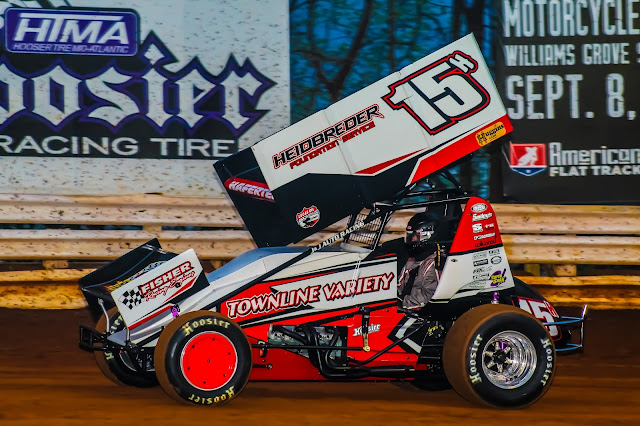 Mechanicsburg - The second running of the Eleven Oaks Farms Lucas Oil ASCS Sprints Battle At The Groves is just two weeks away, slated for Friday May 3 at Williams Grove Speedway.

The Battle At The Groves will find the national touring stars of the Lucas Oil ASCS 360 Sprints competing with and against the Eastern stars of the United Racing Club 360 Sprints.

The Battle Of The Groves event at Williams Grove will pay out a total purse of nearly $20,000 for the ASCS/URC 360s 25-lap main event.

Battle At The Groves ASCS/URC action will move to Selinsgrove Speedway on Saturday night.

On the URC flank, defending series titlist Josh Weller will be carrying the series banner along with drivers like Curt Michael, Davie Franek and Ryan Stillwaggon.

Weller, of Mertztown, is the current URC point leader and recently scored the season opener for the URCs.

It is expected that a few of the regular Williams Grove sprint car drivers will compete in both classes on the night including defending 410 sprint champion Lucas Wolfe.

In last year’s maiden visit by the ASCS to Williams Grove for the Battle At The Groves, the late Greg Hodnett scored the rich victory.

A total of 48 cars competed in the race a year ago.

The 410 sprint cars will also be on the May 3 Williams Grove racing card with adult general admission set at $25 and youth ages 13 – 20 admitted for just $10.  Kids ages 12 and under are always admitted for FREE at Williams Grove.

Keep up to date on all the latest speedway news and information by visiting the oval’s official website located at www.williamsgrove.com or by following the track on Twitter and Facebook.
Posted by Bill McIntyre at Monday, April 22, 2019