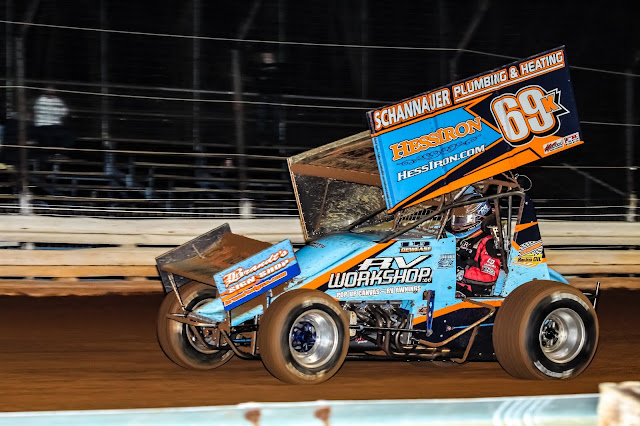 The All Stars Circuit of Champions Sprints will invade to compete for the 30-lap, $6,000 top prize and they will bring with them another stout group of competitors to take on the local Pennsylvania Posse sprint car drivers.


Adult general admission for the April 12 racing program is set at $20 with students ages 13-20 admitted for just $10.

The PASS/IMCA 305 sprints are also on the special All Stars Tommy racing card.

Tommy Hinnershitz, known as “The Flying Dutchman,” from Oley, Pennsylvania, holds the distinction of winning the first ever race held at historic Williams Grove Speedway back on May 21, 1939.

Williams Grove will honor his legacy with Friday’s Tommy Hinnershitz Memorial, pitting the All Stars traverlers against the Pennsylvania Posse for the first time this season.

Coming into 2019, the Pennsylvania Posse holds a perfect 35 and 0 record against the All Stars.

And they want to keep that record alive in the Tommy Memorial but a talented field will be pulling pitside to challenge for bragging rights.

First in line will be defending All Stars champion Aaron Reutzel from Clute, Texas.  Reutzel recently upended the World of Outlaws Series in California.

Back in the saddle for 2019 and ready to get his first-ever Williams Grove victory is six-time series champion Dale Blaney of Hartford, Ohio, aboard the Sam McGhee No. 11 entry.

Cory Eliason of Visalia, California, will be campaigning in the Rudeen Racing No. 26.

All Stars firepower will come from veteran Paul McMahan in the Buch No. 13 along with Benton Ridge, Ohio’s Greg Wilson, a former series champion, will also be on hand.

Former All Stars champion Tim Shaffer of Aliquippa is also expected to compete.

Lance Dewease is the defending winner of the Tommy race, two times running with a total of three event wins in his career since it took the Tommy name in 2007. Prior to that time the race was known as the Early Bird Championship, begun in 1983.

Other top locals who should be in the hunt for the $6,000 victory include Danny Dietrich, Cory Haas, Lucas Wolfe and Ryan Smith.

Friday’s event will also be the first race in the 2019 Hoosier Diamond Series of races at the oval.

Keep up to all the latest speedway news and information by visiting the oval’s official website at www.williamsgrovecom or by following the track on Facebook and Twitter
Posted by Bill McIntyre at Sunday, April 07, 2019