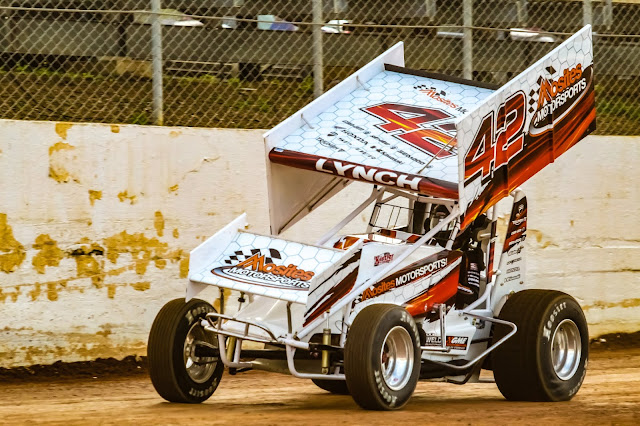 Sarver, PA (May 18, 2019) Fans were treated to racy surface and night of racing beneath dry skies for the second week in a row on Friday night. They were also treated to some great performances in main event action that saw some familiar faces wind up in victory lane.

Michael Norris was tested by a hard charging Colton Flinner and pressed at times by a strong performance from Tommy Beck who led early on, en route to his first appearance in victory lane at The Action Track. The defending champion took the lead on a lap three pass in turn four and gave it up to Flinner with 11 laps left, but made his way back around and cruised to the win in the Precise Racing Products DIRTcar Late Model main event.

Meanwhile, Rex King Jr. put the field behind him with authority from the pole in Diehl Automotive DIRTcar Big Block Modified action but would be challenged by an oncoming Dave Murdick in the second half of the race. Murdick looked to be on the verge of making a pass for the lead on several occasions and had good looks on the bottom of the speedway. However, King Jr. was too strong on the top side to be overtaken and pegged a lap 23 restart that saw Brian Swartzlander overtake Murdick for the runner up spot.

In Peoples Gas DIRTcar Sprint action, Sye Lynch took early command from the pole and fought off challenges from AJ Flick and Jack Sodeman Jr to earn his second career victory at The Action Track. Flick and Brandon Spithaler tangled in turn four early on, eliminating both from contention with six laps in the books, leaving Sodeman with a clear opportunity to hunt the leader in clean air.  However, he came up short in his pursuit as Lynch was extremely fast on the top side and never looked back once firmly in the lead.

Joey Zambotti’s week one performance in Millerstown Pic-A-Part DIRTcar/RUSH Pro Stock action was impressive indeed as he came from the tail of the field to the second spot and nearly challenging for the win. His performance on Friday night was just as if not more so impressive. Zambotti made his way through the field and ran down a strong running Tyler Dietz out front while Ryan Moyer and Corey McPherson joined the front of the pack. Dietz was able to inch closer after Zambotti made the pass for the win but ran out of laps as he took his first Lernerville feature victory of the season, prompting a familiar fence climbing celebration before victory lane.