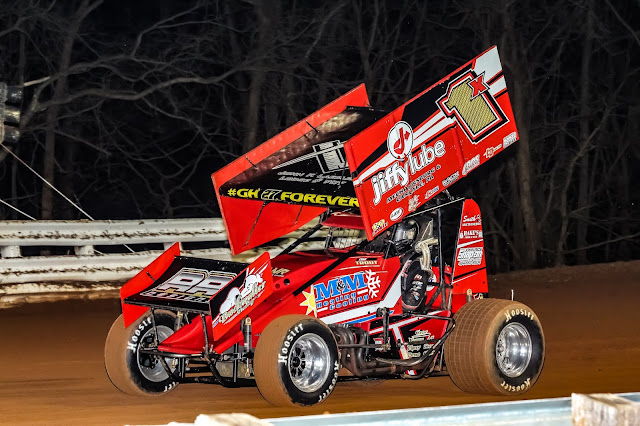 Mechanicsburg – Williams Grove Speedway will honor one of its most historic drivers with the Lynn Paxton Tribute race for the Lawrence Chevrolet 410 sprint cars coming up this Friday, May 24 at 7:30 pm.

Sponsored by Planet Fitness, gates for the event will open at 5:30 pm.

The HJ Towing and Recovery 358 sprint cars are also on the racing card.

Adult general admission for the show is set at $18 with youth ages 13 – 20 priced at $10.  Kids ages 12 and under are always admitted for FREE at Williams Grove Speedway.

Time trials will set the heat starting grids for the sprint cars with $300 up for grabs to set fast time as posted by Fast Tees Screenprinting.

The event for the sprint cars will be the second race of the season in the 2019 Diamond Series.

Lynn Paxton of Dillsburg is a three-time Williams Grove Speedway track champion that at one time held the distinction of being the winningest driver in the history of the speedway.

Paxton scored the prestigious Williams Grove National Open twice in his career, in 1982 and in 1983.

At the height of his career upon claiming the 1983 event, the prolific pilot announced his immediate retirement from the sport at age 39, in victory lane.

The veteran will meet and greet fans in the infield of the speedway on Friday night from 6 – 7 pm where a live Facebook broadcast will also take place during the same time on BeerHill Gang TV.

Several restored Lynn Paxton sprint cars will also be on display for the special event.

Fireworks will also be part of the special holiday weekend racing program.

Keep up to all the latest speedway news and information by visiting the oval’s official website at www.williamsgrove.com or by following the track on Facebook and Twitter
Posted by Bill McIntyre at Sunday, May 19, 2019