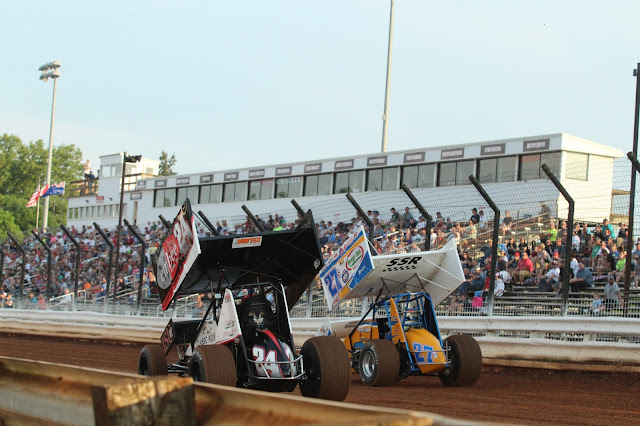 Mechanicsburg - Williams Grove Speedway will present the biggest race of the 2019 Pennsylvania Speedweek Series this Friday night, July 5 at 7:30 pm when it hosts the 31st annual Mitch Smith Memorial for 410 sprint cars.

Known for decades as The Crown Jewel of Speedweek, the Mitch Smith Memorial will pay a hefty $12,000 to wiin out of a total purse worth nearly $36,000 thanks in part to contributions from the Smith family.

The Mitch Smith Memorial honors the late, great Richard “Mitch” Smith of Linglestown who succumbed to a massive heart attack in 1988, some 10 years after retiring.

Smith left the sport in 1978 after a four-decade long career wherein he scored 27 sprint car wins and nine super modified victories at Williams Grove alone to go along with 179 overall checkered flags.

Time trials will set the starting grids for the Friday Smith Memorial with the main event going 30-laps in distance.

The Smith Memorial will be another race in the 2019 Hoosier Diamond Series at the track.

Joining the 410 sprints on the program will be the Mason Dixon Series Limited Late Models.

Fireworks will also be part of the Independence holiday weekend show.

Adult general admission for the race is set at $23 with youth ages 13 – 20 admitted for $10. Kids ages 12 and under are always admitted for FREE at Williams Grove Speedway.

First run in 1989, Stevie Smith won the very first Smith Memorial before returing for wins again in 2012 and 2014.

No driver owns more wins in the speedweek event than five-time champion Lance Dewease who is the defending victor.