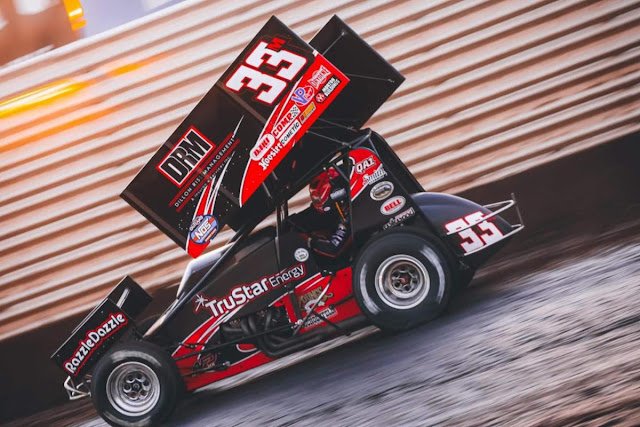 Inside Line Promotions - JACKSON, Minn. (June 29, 2020) - Mason Daniel was only one position away from making the main event during one of winged sprint car racing's crown jewel events last weekend at Jackson Motorplex.


"Ever since the Saturday show at Haubstadt a week ago we've been running a lot better," he said. "I think we've figured something out. My confidence and what we have with the car are starting to work well. I want to thank my guys for continuing to work so hard."

Daniel started the Jackson Nationals off last Thursday by qualifying 13 th quickest. He then placed sixth in a heat race. The remainder of the program was postponed to Friday evening because of rain.

"Qualifying is so critical and sets up your whole night," he said. "We got rained out and came back the next day. That was different. It was like one race night was over, but you still have to run stuff from that night the next day. Everything was really good for the car when we came back to the track. I fell back at the start, but was able to get back to a transfer spot in the Last Chance Showdown."

Daniel rallied in the second half of the consolation race to climb back into a transfer position, finishing fourth to line up last in the A Main. He carried that momentum into the feature by gaining four position to place 20th - tied for his second-best result of the season.

Daniel started off the Friday preliminary night by qualifying 19 th quickest. Unfortunately, he was involved in an opening-lap crash in a heat race that sidelined him for the remainder of the night.

The event finale on Saturday featured a fifth-place finish in both a qualifier and the Last Chance Showdown.

"They worked the track on the bottom before the Last Chance Showdown," he said. "I had a good start, but by following someone you aren't going to pass them. I tried running the top. The bottom was better and it made the top dirty. I stayed side by side with Dominic (Scelzi) for the final transfer spot for two or three laps. I realized it was getting too dirty and by the time I moved down the track I lost a couple of spots. I drove back to fifth, which was just one position away from making the main event."

This weekend Daniel will make his debut at Cedar Lake Speedway in New Richmond, Wis., Thursday through Saturday during the Independence Day Shootout with the World of Outlaws.

"Dillon Risk Management has been a big part of our program the last couple of years," Daniel said. "We're grateful for their support and look forward to a lot of success together."